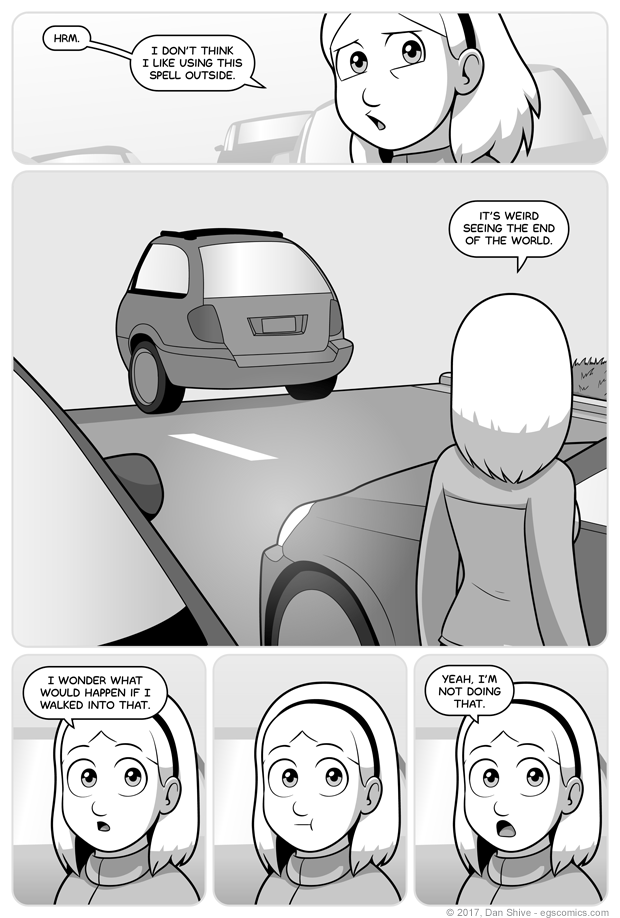 Back when I was first figuring out Sister 3 and how the heck everything was going to fit together, I considered a scene like this for re-introducing Sarah's spell. This was way before I'd sorted out a bunch of other details, such as when Pandora would talk to Sarah, but it is a fun fact that this is one of the earliest scenes I imagined for it.

Frankly, I'm glad this is later in the story, because now she doesn't have to say stuff like "for only a simulation" or "I'm experiencing this at an accelerated rate, but maybe I shouldn't take too long here", etc.

- EGS:NP (now up) during the day. (Previously written rant to follow) Hopefully not late in the day, but maybe? It's difficult to predict. There are times I wish I could see the future, but would there still be joy if I knew all that was ahead? This, too, I am uncertain of.

(For the record, it wound up being mid-afternoon)