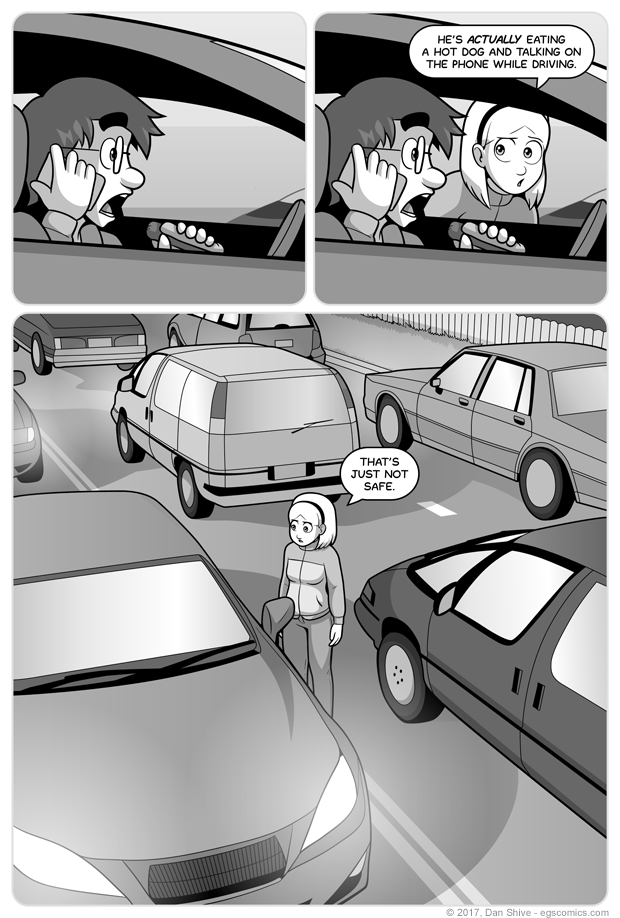 Wait a moment. Sarah, you're not simulating stopped time while driving, are you? I mean, you wouldn't, obviously, that would be absurd. Ha ha

Seriously, though, you're not, right?

EDIT: The original version of this comic had the cars going the wrong ways on the wrong sides of the road. WHOOPS! Someone pointed this out to me, so I cleverly mirrored everything, but here's the original European version.

EDIT 2: Oh right, you can't just mirror something like this because the driver winds up on the wrong side! Whoops. Well, I had overly-complicated layers, so I edited it even further. Not perfect, but cars were involved, so it never was going to be. Also, I've been informed that driving on the lefthand side is unique to Britain and not the rest of Europe? Stay tuned for the inevitable Edit 3 as people clarify THAT further to the American cartoonist.