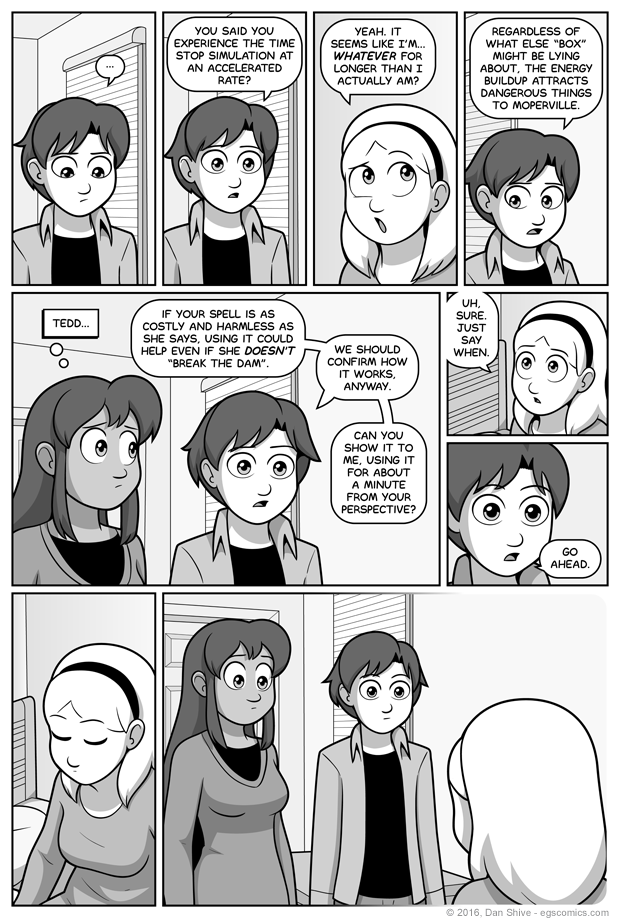 - Tedd after observing his own spell
- "'See' magic"

Seriously, I'm so happy about Question Mark also being in the story section now. It means most of the recap of Sarah's spell can be just showing it in action instead of "this is how it works blah blah blah blah blah".

Granted, Tedd's still undoubtedly going to give his assessment of the spell, but that'll just be one "blah" instead of five.

When the spell was first shown, I had not considered varying the borders to make a clear distinction between the simulation and reality. For one thing, it simply hadn't occurred to me. For another, it wouldn't have worked with how that all played out.

Now, however, it seems like a really good idea to have some way to have some sort of distinction, and I've chosen rounded white borders. Granted, sometimes it won't be obvious that the borders are rounded, and sometimes I don't have borders on panels for other reasons, but what matters is that it should help make things clearer when contextually relevant.