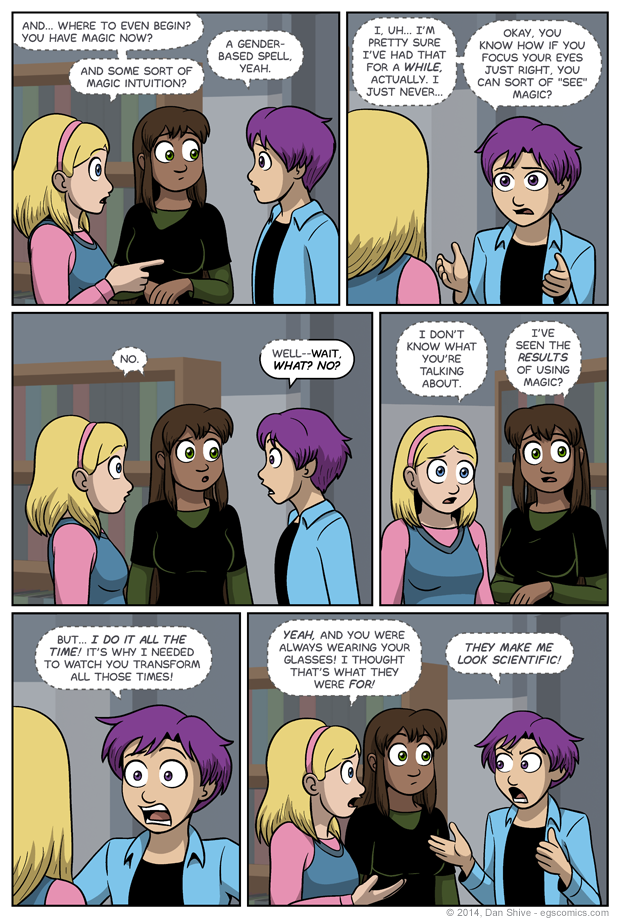 Really, that's the only reason to wear glasses. It's why I wear glasses. I actually have perfect 20:20 vision. It makes driving incredibly dangerous, but it's worth it to look this scientific*

I was hoping people reading the comics with Tedd observing Sarah transforming would reach the same conclusion Sarah had that it must have been something to do with the glasses, but it's always been an intentional misdirection. If it wasn't, there's little doubt Tedd would have talked about the cool new feature he'd coded into his glasses.