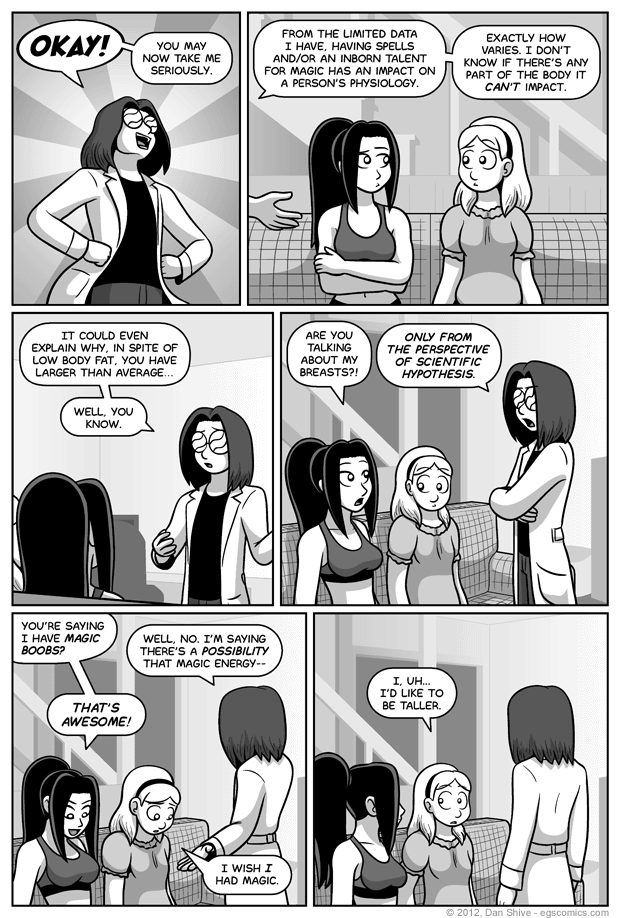 While the whole "magic affects physiology" dealie is a plot point of some significance (anywhere from "mild" to "oh snap"), Tedd's suggestion that it might be responsible for Nanase's huge tracts of land is something of a meta joke. It's actually somewhat common for people to comment on and/or ask for an explanation for the size of Nanase's chest given her athleticism.

Given genetics and varying body types, it's really not the sort of question that needed any further answers, but hey, people asked! Enjoy your inconclusive possible explanation.