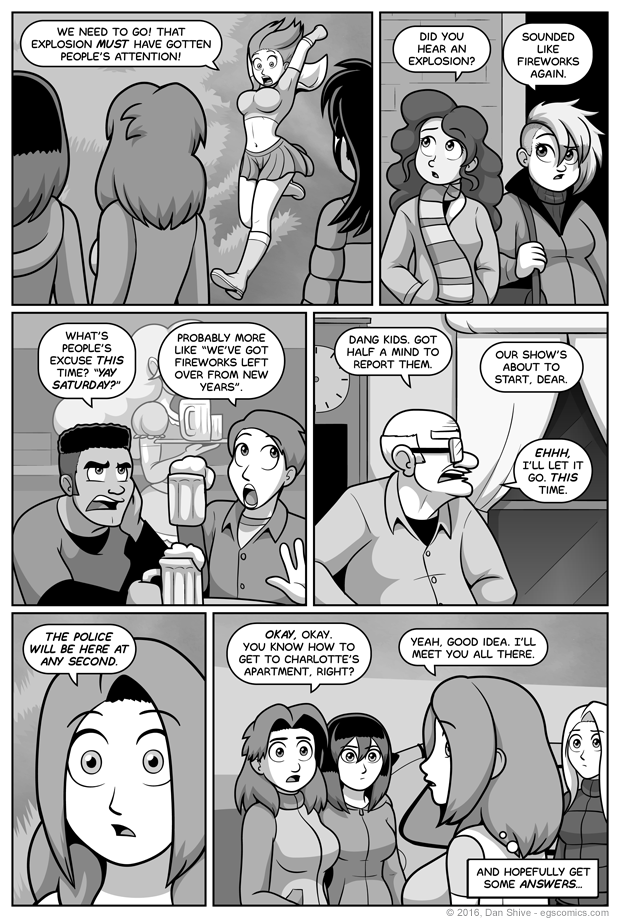 I was going to temporarily add a "no, really, there was a story comic Friday message above this comic, but given that I wound up posting THIS one at around 3:45pm US Eastern time, I'm going to settle for bolding a bit of the commentary. Besides, this is one of those comic for which it should be super obvious if the previous one was somehow missed.

If it turns out that was a mistake, I'm sure people will let me know o_o;

And now on to actual commentary! Ashley's firework comment from the previous comic (incidentally, there was a previous comic with Ashley in it and it was on a Friday) was not just a throwaway gag, and it's inspired by the tendency around where I live for people to find seemingly any excuse to use fireworks.