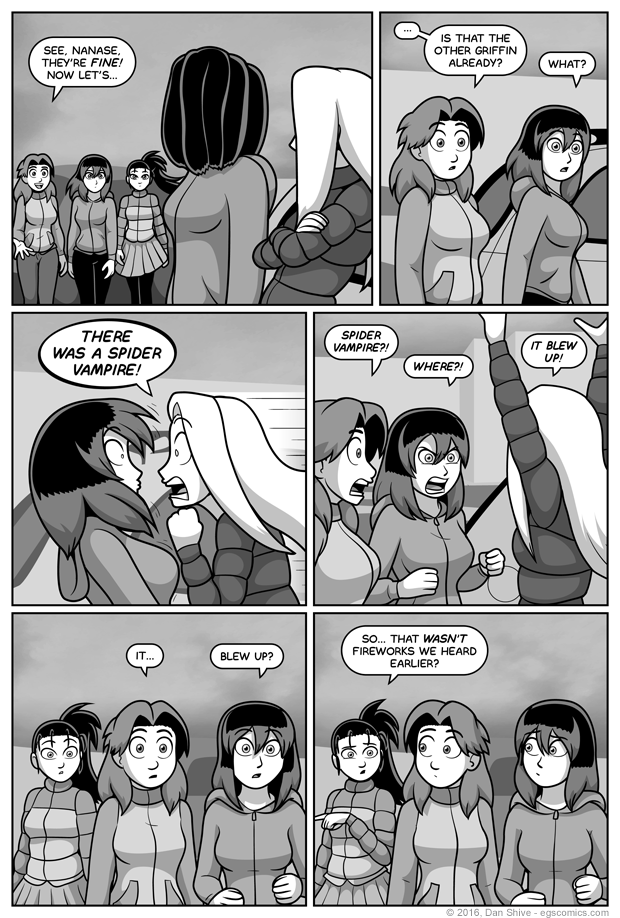 This comic was posted so absurdly late on a Friday that the comic that follows it will have temporarily had (tense gets weird when writing commentaries) a notice above it saying “no, really, there was a Friday comic”, if not just temporarily a message AND this comic right on top of it. I dunno. I just know I was determined to actually post this on Friday, and I did. Go me?

And that's that Ashley is cute and wearing her ponytail again. YAY PONYTAIL.

Also, that Diane went right for Nanase. Because of course she did.

Also also, Diane continues to not use proper pronouns for perceived monsters. Make of that what you will, though I'm betting she'll use she/her for the griffins, because she likes griffins now. Griffins are cool.