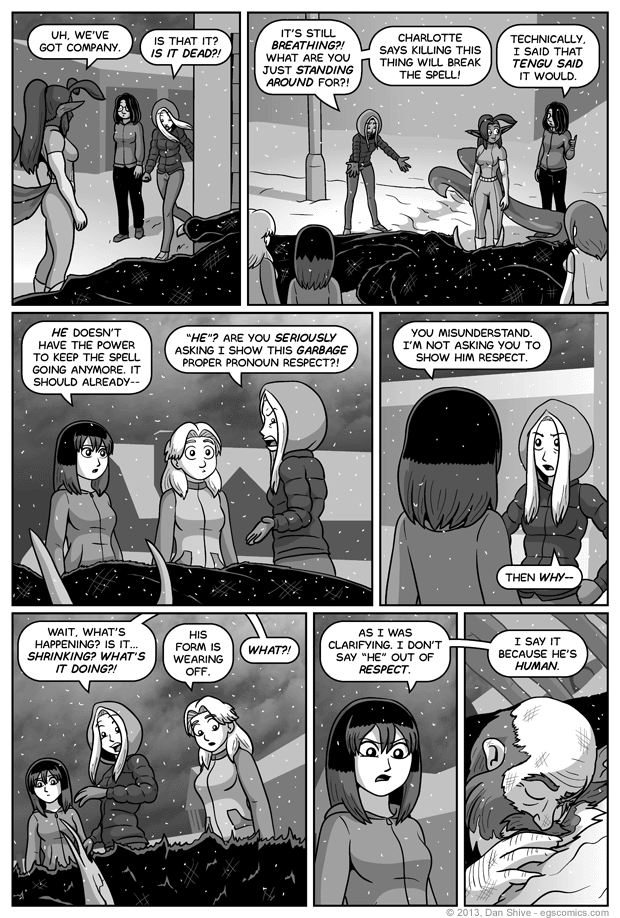 I have to say, Diane is not easily distracted from her primary objective of saving her sister and Rick (oh, and everyone else).

I'm not sure if this is a reveal or a confirmation for most readers, but this comic makes it official: Not-Tengu is not just not a Tengu. He's not any sort of monster at all.

Well, except for in the "the real monster is man" sense. He's got that covered.

It took me a while to figure out where Diane and Charlotte were going to appear from in this comic. To the left of Grace seemed like one of the only places where they could appear with any immediacy without being seen before from a distance, though it did mean that Diane had to go all the way around Not-Tengu to reach Nanase. It wouldn't surprise me if she stepped on Not-Tengu's left wing in the process.