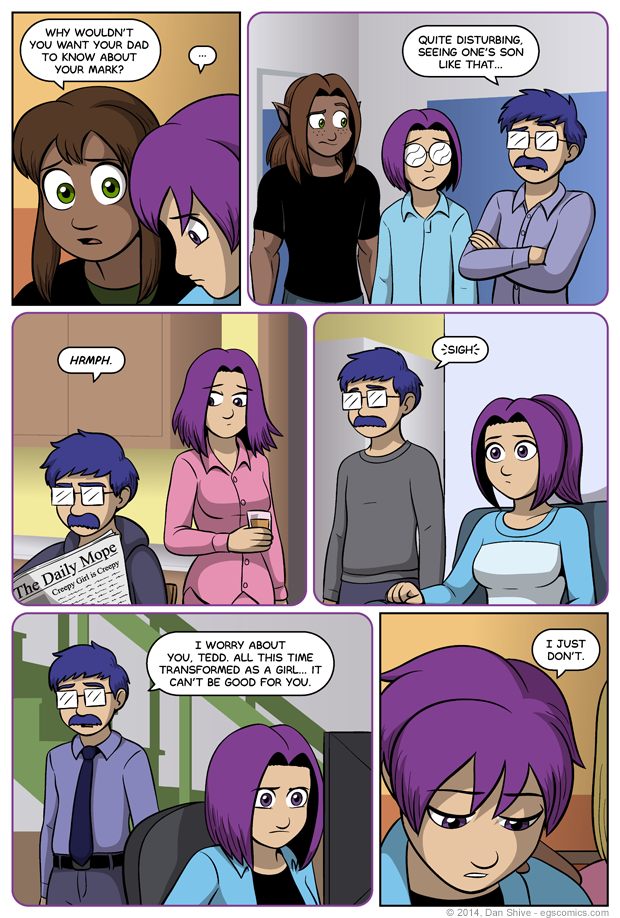 I very nearly referenced what's shown in panel five of this comic several other times during this storyline, but the timing didn't feel right. Now, well... There's the comic. Clearly, I concluded the time had come.

On a lighter note, creepy Pandora may be creepy, but beefy cat Elliot is beefy! Eh? Eh? Because Elliot gains muscle mass in kitty form? Probably actually has that for reals six pack he wants, too. Granted, it's under fur, but it's probably there, darn it.

Somewhat risque (and subjectively weird) sketchbook. Opinions WILL vary a lot on this one, but it does have to do with something Nanase was recently interested in over in the EGS:NP section.