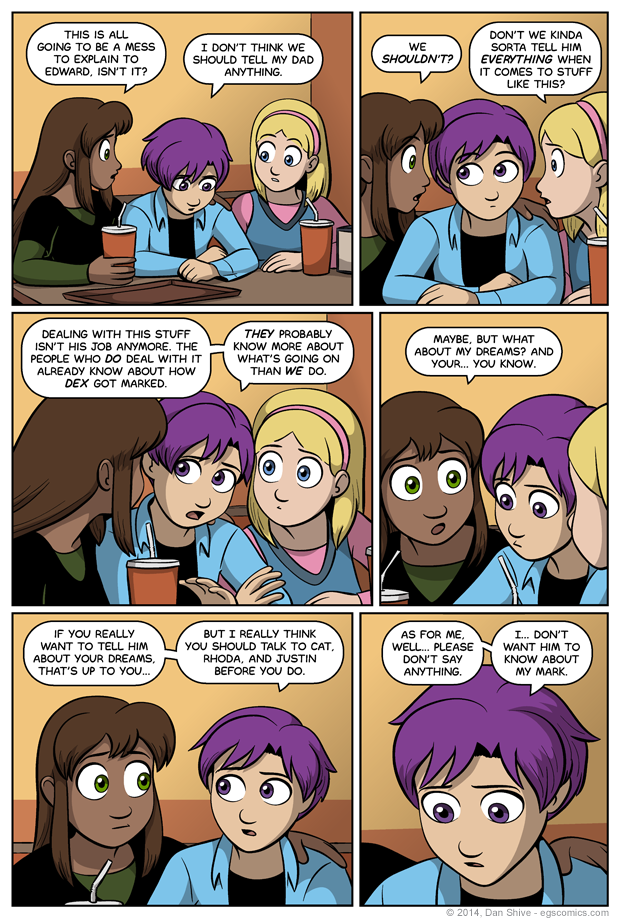 For the record, Grace and Sarah ordered chocolate milkshakes.

Mr. Verres hasn't been directly involved with the majority of paranormal investigations in Moperville since the incident in which he attacked the wizard Abraham. He wasn't fired, but was instead made head of Paranormal Diplomacy, a job specifically created for him.

The job basically requires him to do things he had been doing anyway, so he sort of wound up getting a promotion with a reduced workload for becoming too personally attached and attacking someone. One might be justified in finding that absurd, but it is worth noting that they kept him around with darn good reason.

Incidentally, I get praised a lot for knowing exactly where to find old reference comics, and I usually am good about knowing where they are and finding them quickly. That comic I just reference to with Verres talking a deathless army of rage out of rampaging, however? Took me maybe twenty minutes to find that darn thing.

I chose the colors for the fast food place based on my understanding that color combinations like that supposedly help make people hungry. I don't know if that's true or not, but hey, at least it looks distinctive relative to other places they've been.