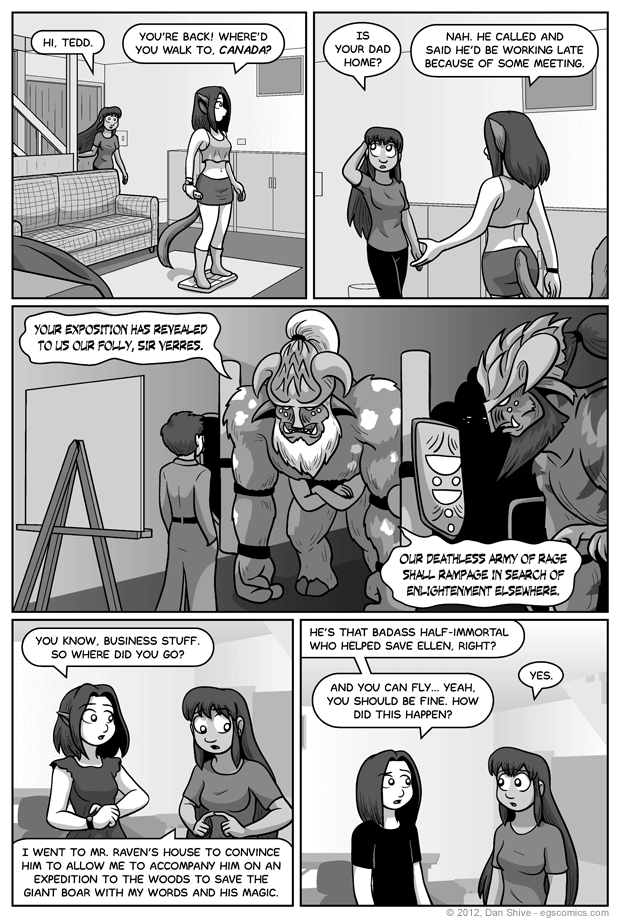 There might be a good reason why they kept Mr. Verres employed after he attacked Abraham.

This comic is full of imagery that's there simply because I wanted to draw it. I could have just as easily had Tedd sitting at the table or working on the computer, but darn it, I wanted to draw catgirl Tedd, so we get catgirl Tedd. It's entirely possible those watches he's been working on exist for no other reason than giving me an excuse to keep Tedd morphing regardless of relevance to the scene, but there's probably more to it than that. Probably.

I don't want to really get into why the aliens (assuming they are aliens) look the way they are, as I think trying to explain them takes some of the fun out of them. One thing I will clarify, however, is that yes, they do have (at least) six eyes apiece.