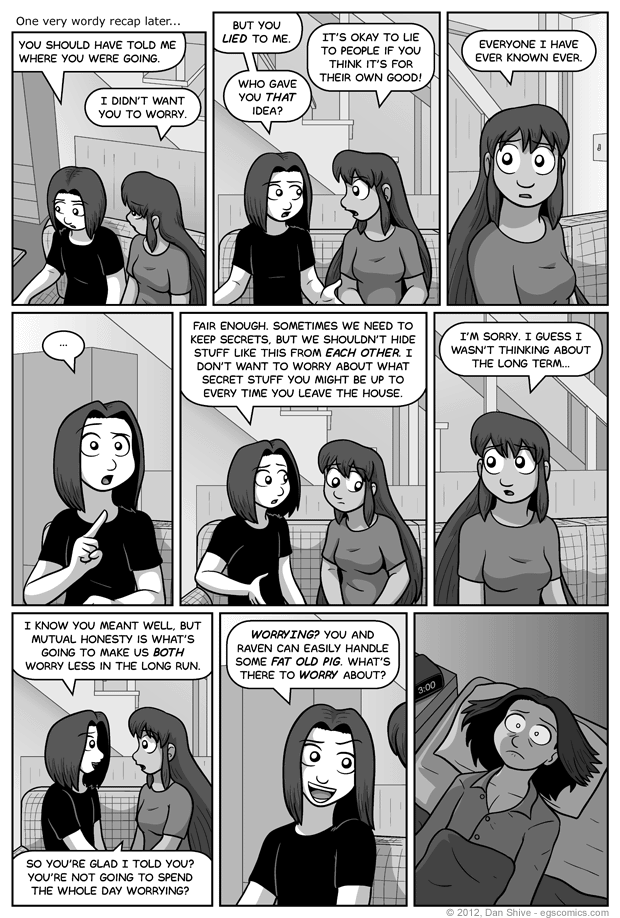 I can't decide on reference comics to link to in regard to panel three. Not that there aren't comics to link to, it's just that there are so many examples to support it that it would take forever to find them all and to pick and choose which to share. That said, here's a link to a comic where she says it seems weird to root for covering up the truth, but is still ultimately for doing so.

In any case, Grace is surrounded by people who are big on secrets, not to mention all of her own secrets. And not just top secret magical / alien type stuff, either, one example being hiding that she and Sarah knew about Nanase liking Ellen.

Of course, I suppose this officially means Grace hasn't been watching My Little Pony. At least one of those friendship lessons must've covered the value of honesty by now.