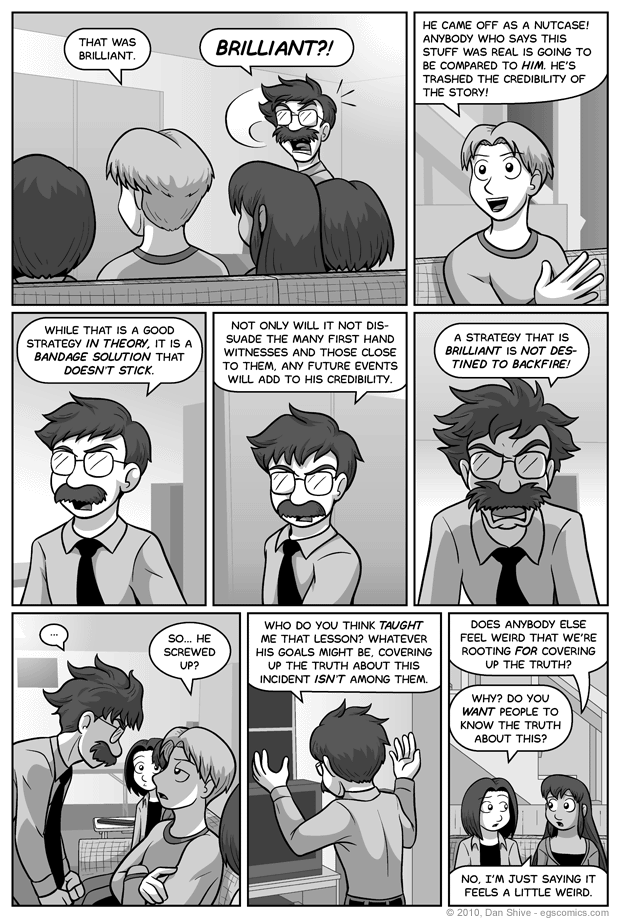 Posted December 6, 2010 at 1:00 am
Justin Tolkiberry doesn't take people's guff. He, um... Wait, what exactly is a guff? Should I be ashamed to be making reference to guffs and the refusal thereof? Languages are like confusing landmines.

If I remember correctly, Justin not being intimidated by Mr. Verres was born out of writing an earlier script where he originally was. Not only did it not feel genuine to me, it seemed too similar to how several other characters respond to him. Not only has Justin been through a lot, the man works in a comic shop. Scoff if you will, but you don't last in those places without thick skin.

Drawing Mr. Verres for this comic was a lot of fun. Panels three and four, not so much, but every other panel was a blast. I can think of various cheesy internet memes they could be turned into. For some reason, "Mr. Verres is NOT amused" comes to mind for panel one, but that will never top any of the various cat-related "not amused" memes out there.

Come to think of it, does a meme without cat really count as a meme? I mean, REALLY count?