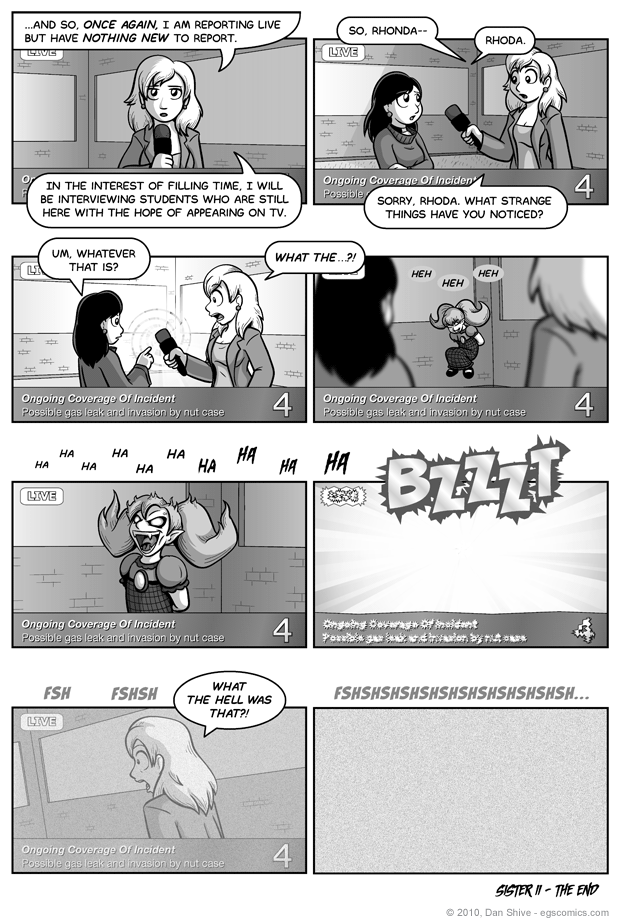 The odd panel sizes for this page is to keep the panels proportional to what one would see on a widescreen TV to further emphasize the idea that what's being shown in the comic is what people within the comic universe are seeing themselves on live television.

But enough about that technical mumbo-jumbo. The most important thing about this comic is, obviously, panel two. Her name is Rhoda, not Rhonda! There is no "n"! For that matter, it's Magus, not Magnus! What's with these added n's I keep seeing when people talk about these characters?! There's no "n" in either name! GAAAAAAH!

I will note that Rhoda and Carol the news reporter weren't hurt, but they were bewildered. If you wish to purchase "sorry you got bewildered" cards for them, I believe they are sold at most major retailers.