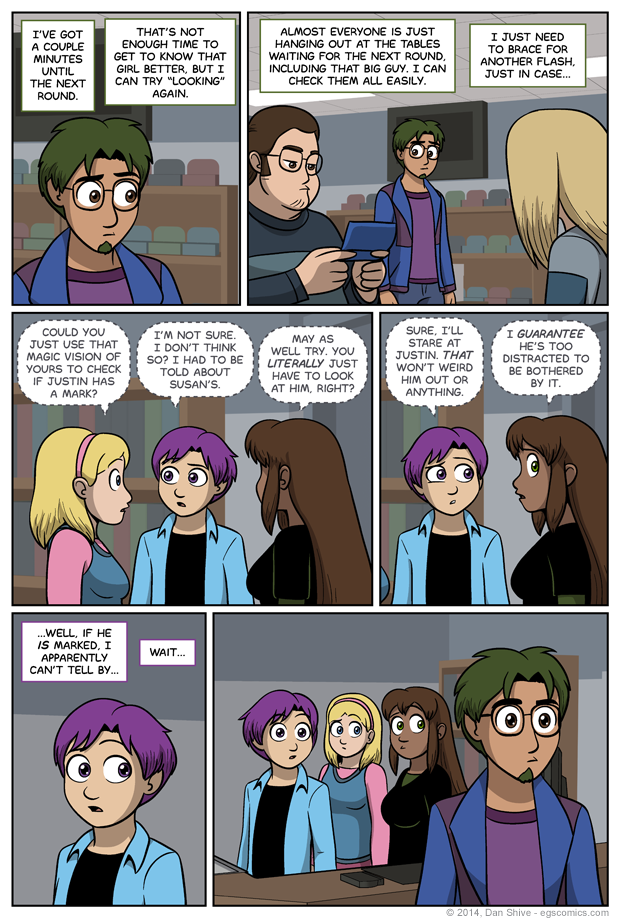 I think it's only just now occurred to me that "look" sounds a bit like "Luke". Huh. Let's pretend it's an example of me being clever instead of coincidence. Unless I actually realized and mentioned that before, in which case pretend extra hard.

This is another instance in which one should reward one's self if they saw Tedd looking at Luke while Luke was looking coming. It was inevitable, really.

EGS:NP - Includes SCIENCE! (or at least what passes for science round these parts)
Wednesday Sketchbook - Prepare for nostalgia, anime fans
Thursday Sketchbook - A sequel (GASP!) to V5 at the beach. So, swimsuits and V5. Fairly warned, be ye.