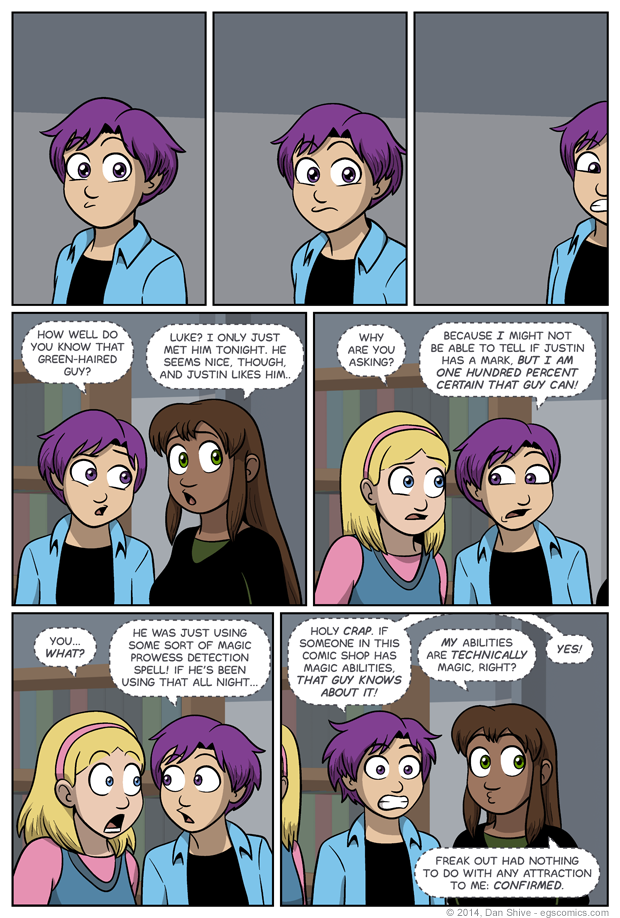 Grace clearly has her priorities straight.

I like the first three panels a lot. I'm sort of disappointed the entire comic isn't Tedd just very slowly making his way back to further behind counter, but there was stuff to exposit, so bleh. Probably for the best.

Commentaries - Only two today. What would have been third is one I've been waiting for and will be added Monday. I did do six in one day earlier this week, so yay balance? Sort of?