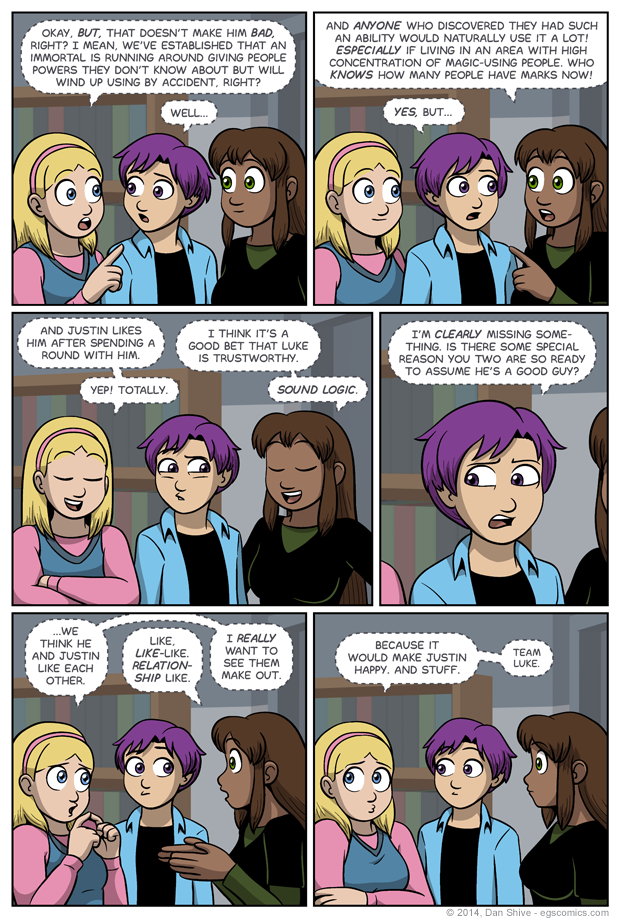 "Team Luke" is a reference to a once bizarrely popular series that has since faded away into obscurity, never to be mentioned or referenced in more than vague ways evermore.

I should probably note that it's entirely possible that there are a whole mess of factual errors in the preceding paragraph and I have never actually read Twilight--er, that which must not be named. "Team Edward" and "Team Jacob" were a thing, however, which sort of baffles me. I mean, I get the basic idea, but... It's a team, now? Was everyone on the team courting Bella, and Edward and Bella were like the quarterbacks? Were they each a team unto themselves, and those supporting them like cheerleaders? I'm just trying to understand the rules of this particular sport.