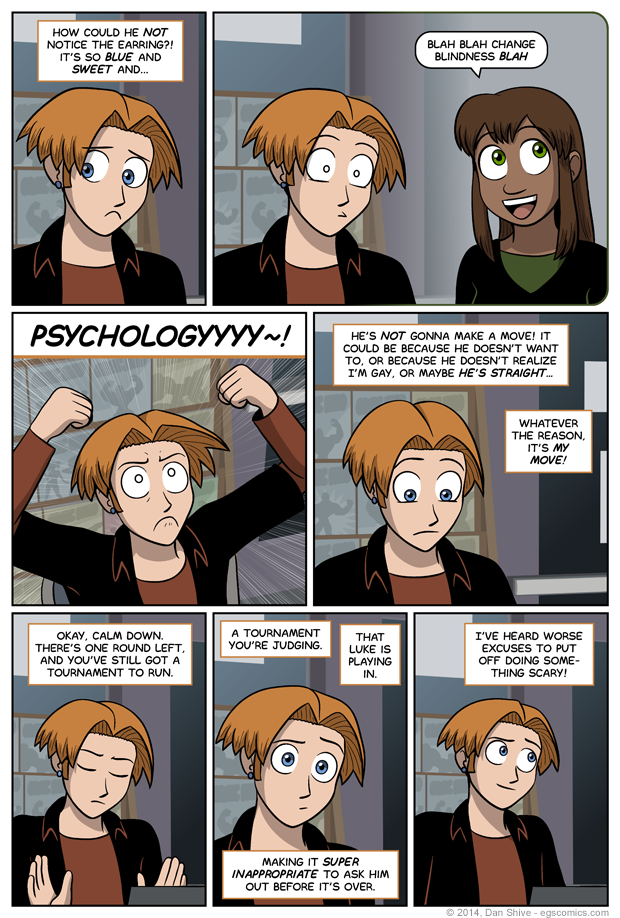 Of course it's your move, Justin. You're a main character! YOU have to take the initiative O_O

I'm not privy to what everyone has said regarding the comics in the history of ever, but I don't recall seeing anyone point out the actually very real issue that Justin brings up in panel six. I'm attributing this to people simply wanting Justin and Luke to make some manner of relationship progress, as I suspect people would question a judge asking out someone they're in the process of judging under most circumstances.

But yeah, Justin now has an excuse (a valid one, no less) to wait for the end of the tournament before discussing the matter with Luke. I'm sure no further complications will arise before then.