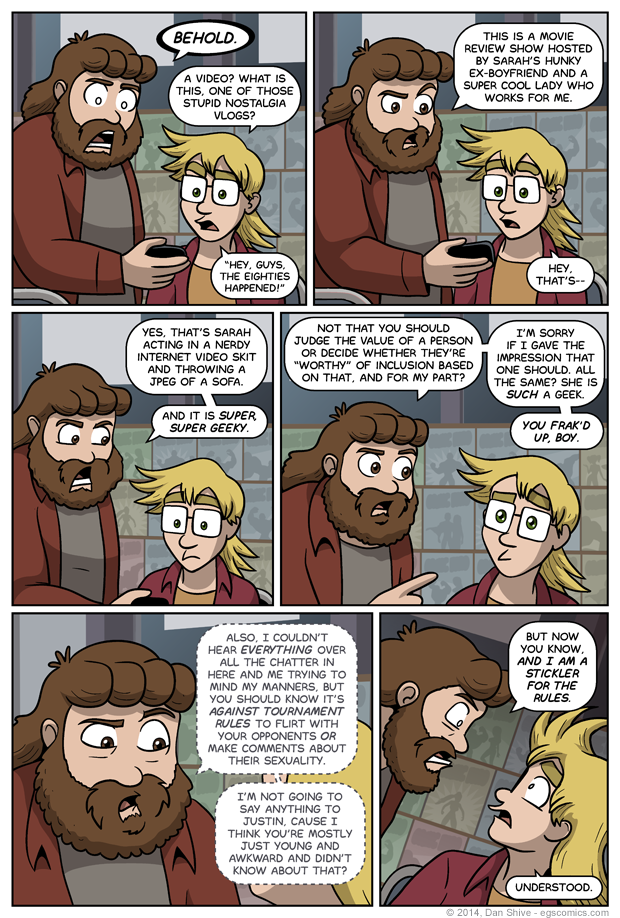 - Sarah in the review video
- Tensaided and geek status

MANY people have rightfully pointed out to me that it is totally against the rules in most official card game tournaments to flirt with one's opponent, which makes sense for several reasons. One of those reasons is it's a situation in which people are either stuck playing at least two games together unless one of them forfeits, which is obviously problematic.