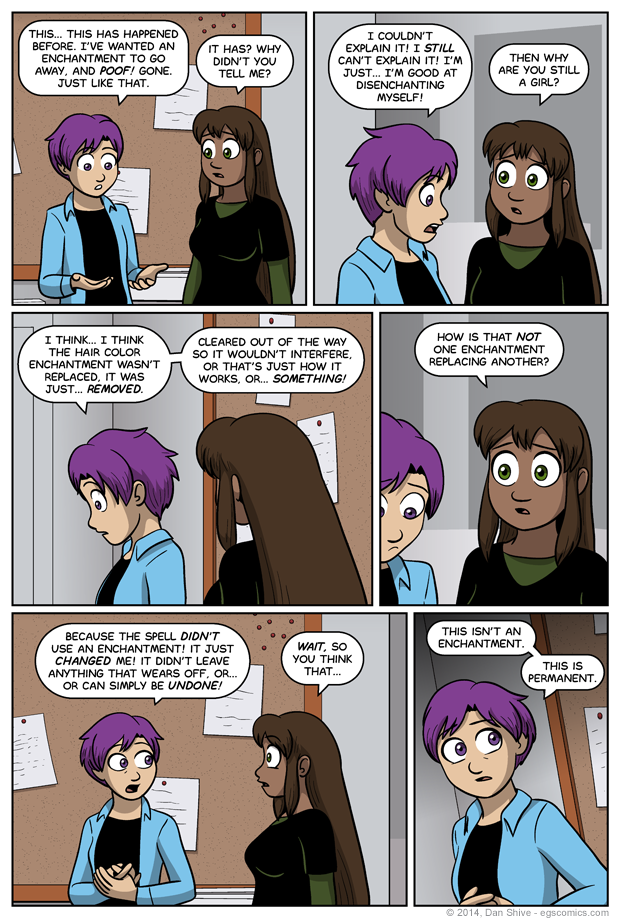 - Example of "not an enchantment"
- Done before

I hope people understand what is meant by this, but I know it can be confusing. I've been examples before, but hey, here's another! Imagine a spell that places a wig on your head. It's easy to remove the wig because it is technicallly its own separate thing and isn't really your hair. Now imagine a spell that actually changes the hair. Now there's no wig to remove, and the hair really is changed.

Does that make sense? I am VERY tired as I right this. Here's hoping I'm coherent.