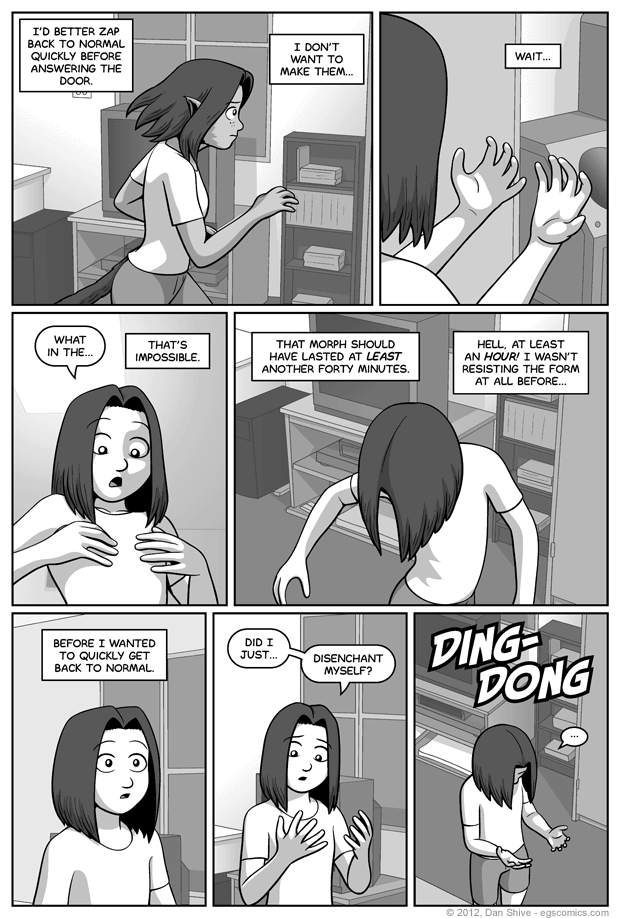 I made Tedd's shirt white for the sake of contrast in the previous comic, but I prrrrrobably should have considered its impact on contrast for this comic. Then again, it still contrasts really well with most of the backgrounds, so maybe I should claim that was my brilliant scheme all along? Yeah, that's the ticket...

I'm always tempted to preemptively include explanations in comics for questions I expect to get, particularly since I've gotten pretty good at predicting them, but I will instead preemptively answer this assumed question here: Tedd was concerned about being seen at the door as a furry cat woman by neighbors and passers-by. At this point, he would not be particularly concerned if Elliot, Sarah and/or Susan were to see him like that (though it's possible he'd prefer to avoid being around Susan while female due to potential comments).