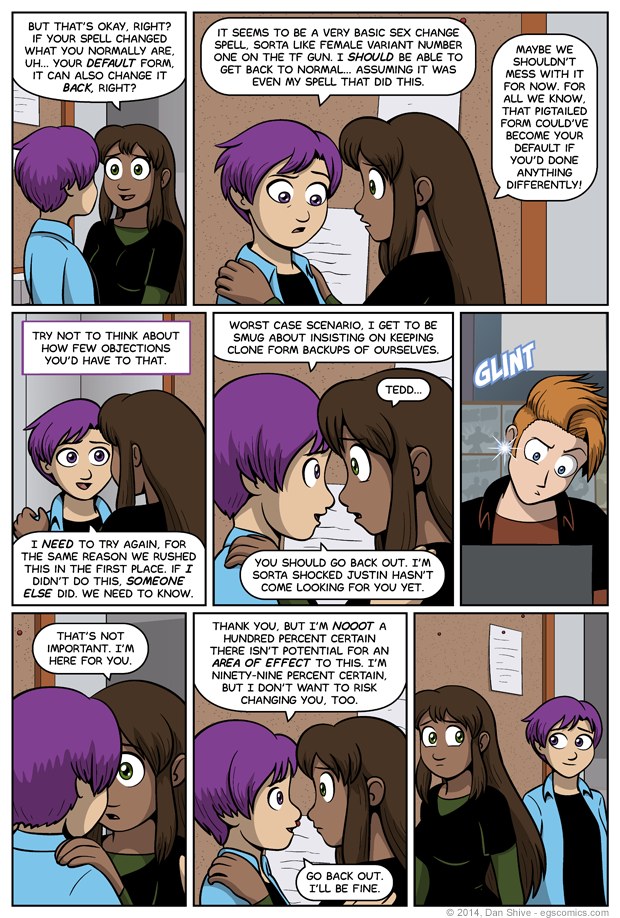 I'm assuming "normally" and "default" form is clear. This is the part where someone tells me it's not clear and I make another analogy about wigs.

In other news I love panel five for many, many reasons.

It's a new month! Once again, EGS:NP has been funded for MWF, as have a bunch of commentaries and sketchbooks! Sketchbooks will resume being an every weekday thing later this week (based on the not-quite final numbers, most likely Thursday). Classic commentaries will be three-four every weekday.