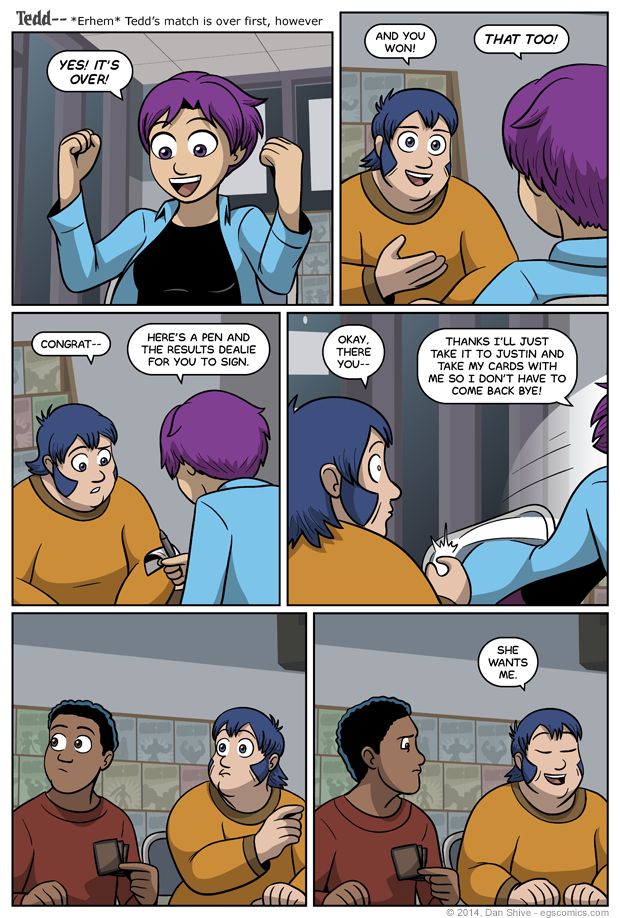 Don't feel too bad, Rich. Even if you weren't making her feel super uncomfortable, Tedd has bigger fish to fry than sticking around your table after the match.

That said, you were totally making her feel super uncomfortable, dude.

I was tempted to have the person playing next to Rich inexplicably be Good Tom and have him criticize Rich, but that would have begged the question of why Good Tom, aka the hero of the land, wouldn't have stepped in sooner. Yeah, he'd have had to be careful about his approach and act with tact, but we're talking about Good Tom. He could've pulled it off.