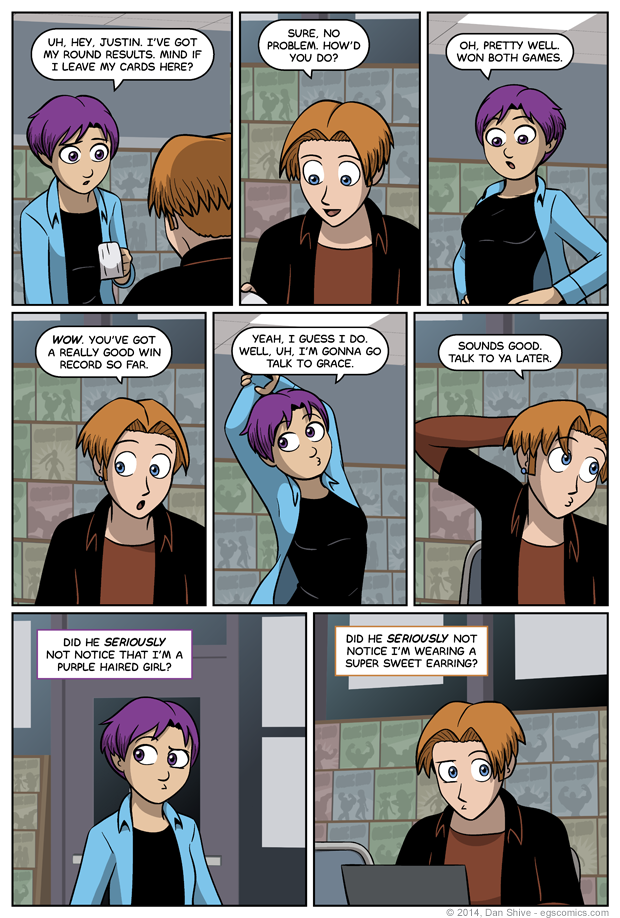 I think Tedd wins this round of the "how could you not notice" game.

In any case, they're both adorable in this comic, and you cannot convince me otherwise. I don't care if you have a mathematical formula that proves otherwise! Step away from your trusty abacus and just let me have this.

And on a more self-conscious note:

"Hey Justin, can I leave my cards here so Dan doesn't have to worry about drawing me awkwardly carrying them around in this and subsequent comics?"

Generally, my "dude who writes the thing" headcanon has been that they've been leaving their cards at the tables where they played for the most part, or leaving them by Justin. Personally, I tend to bring a small card box to such tournaments and carry that around with me at all times BECAUSE I TRUST NO ONE O_O