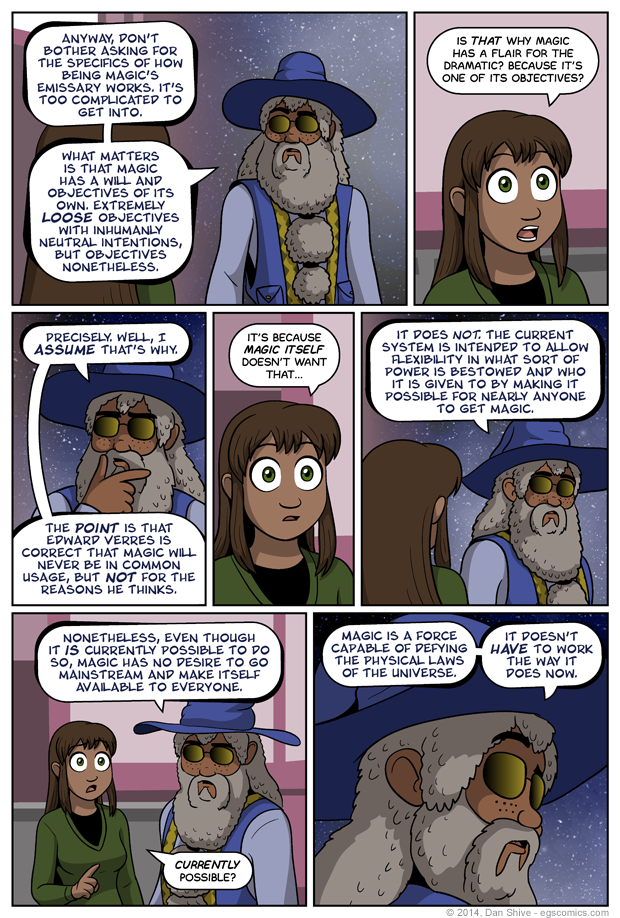 Magic doesn't even own a television.

I'm going to just go ahead and boldly claim that I always planned for the starfield to be something Grace was genuinely seeing in her dream and merged into the scenery as it is in this comic as opposed to a decision that was made upon reaching the conclusion that I really didn't want to illustrate that one door again.

That boldly claimed, I love dream sequences. "I want this thing to happen." "Does it make sense in the context of this dream where stuff doesn't need to make sense?" "Yes." "DRAW IT."