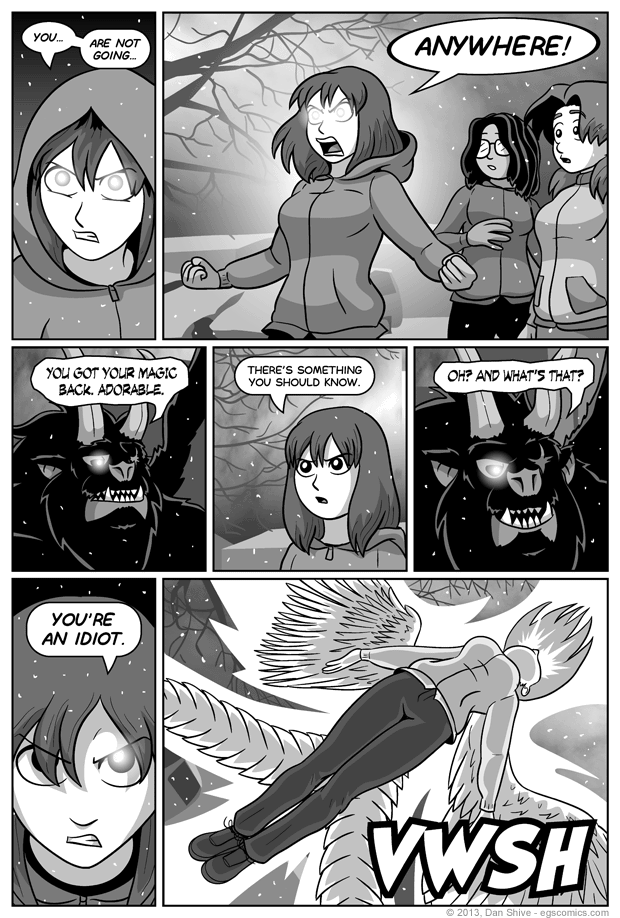 Posted July 19, 2013 at 1:00 am
- First casting of the angel spell
- First full view of the angel form
- Her magic came back?! THAT was never foreshadowed!
- Not one bit
- Seriously, her getting it back just came out of NOWHERE

Not-Tengu sort of makes me think of a stereotypical hipster in this comic. "Hm. I see you're using THAT sort of mainstream magic. I only use all natural evil magic, but you've probably never heard of it."

I suspect it's not the mystery of the century why Not-Tengu's "am I bugging you, I'm not touching you," strategy didn't prevent Nanase's use of the angel form, but it's going to be OFFICIALLY stated in the next comic, so it would be horribly wrong and evil of me to say why here.

I look forward to opinions regarding Nanase's hair now that we've had a chance to see it without the black (and are about to see it completely white, because that's how the angel form rolls).