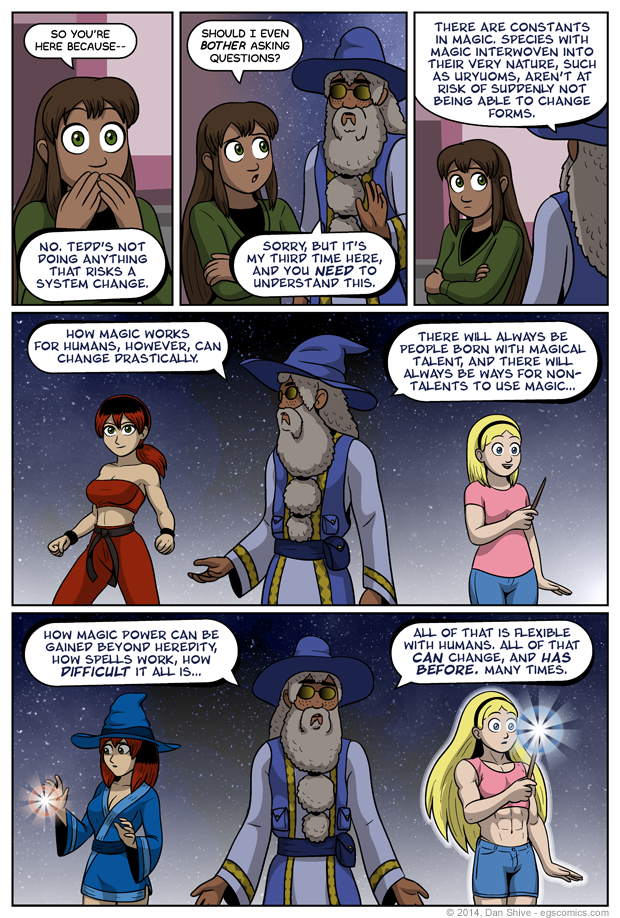 I hadn't originally planned to use Nanase and Sarah as examples in this comic, but once that decision was made, it was officially time to update their palettes. This took a while, so prepare for a commentary focusing on color stuff (or bravely run away. Whatever).

One might be surprised how much one can agonize over just how "yellow" to make a character's blonde hair, along with how saturated with color, how light, etc. And with every new combination of hue, saturation and brightness I tried, her outfit needed to be adjusted, too. I'm happy working in color now, but this is the sort of thing that made me worry about it in the past.

Nanase's palette was easier. I just decided on a skin tone I wanted for her, used an automated color guide to get an appropriate hue value, then adjusted it until I was happy with it. Nanase's eyes did ultimately wind up green, as had been established VERY early on. I was considering not making them green on account of how it might limit what clothing colors would work with her, but her eyes are dark enough that it really shouldn't be an issue.