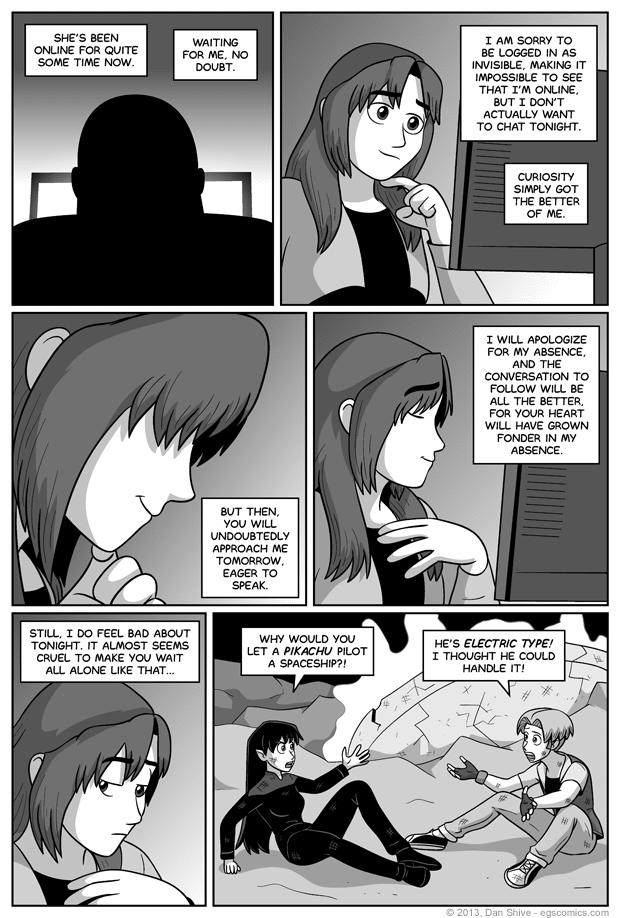 I had originally written nothing more in the script for the last panel of this comic than "an amusing discussion". Really, anything that showed that Susan wasn't alone would have worked. I'm not sure how I settled on a Star Trek / Pokémon roleplay crossover, but... Okay, yeah, it's actually not that surprising.

I wasn't certain whether I wanted to show this much of Tom's inner thoughts or keep them a mysterious mystery for people to consider mysterious. Ultimately, I decided to go this way because there's more opportunity for humor with this much revealed.

That, and it will finally end any and all debate about who that dude in front of a computer in that one panel was.