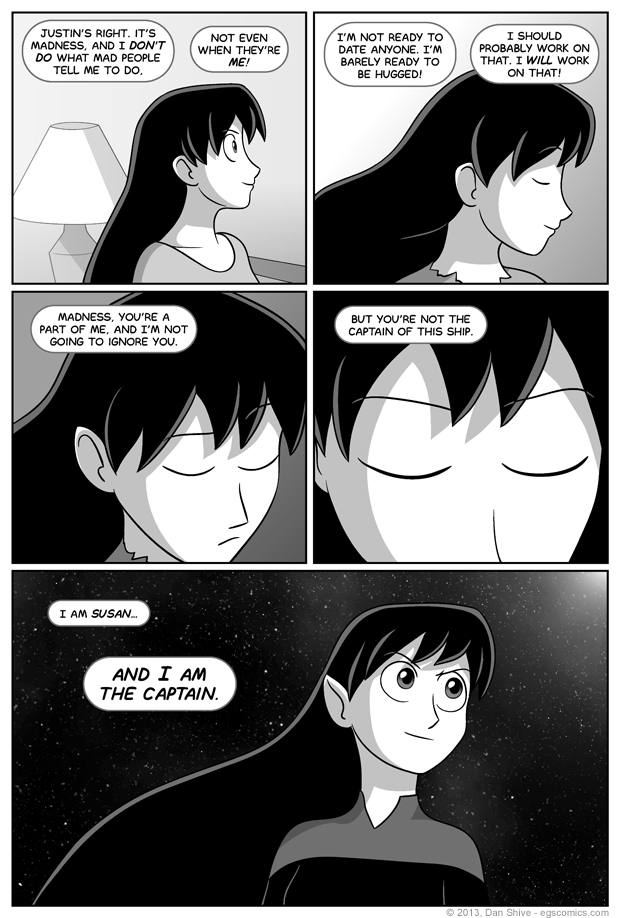 Forgive me, but I simply have to get this out of my system:

Okay, now with that out of the way, here's the part of the commentary where I discuss the technical aspects of making the comic and say absolutely nothing about what Susan's thinking in it.

This comic was (mostly) very simple to make, but it took me long time to figure out what I wanted to do with it visually. Technically speaking, all that's happening is Susan is thinking to herself while changing her avatar. Ultimately, the fact that I wanted the last panel to be a large panel reveal basically made the decision for me, but it took me a while to get there.

The reason there's a "(mostly)" up there is, as one might have guessed, the background in the last panel. It's a sort of Frankenstein's monster of Photoshop filters and layer effects that hopefully looks vaguely spacey. I tried to make something satisfactory in Illustrator, but the less said about those results, the better.