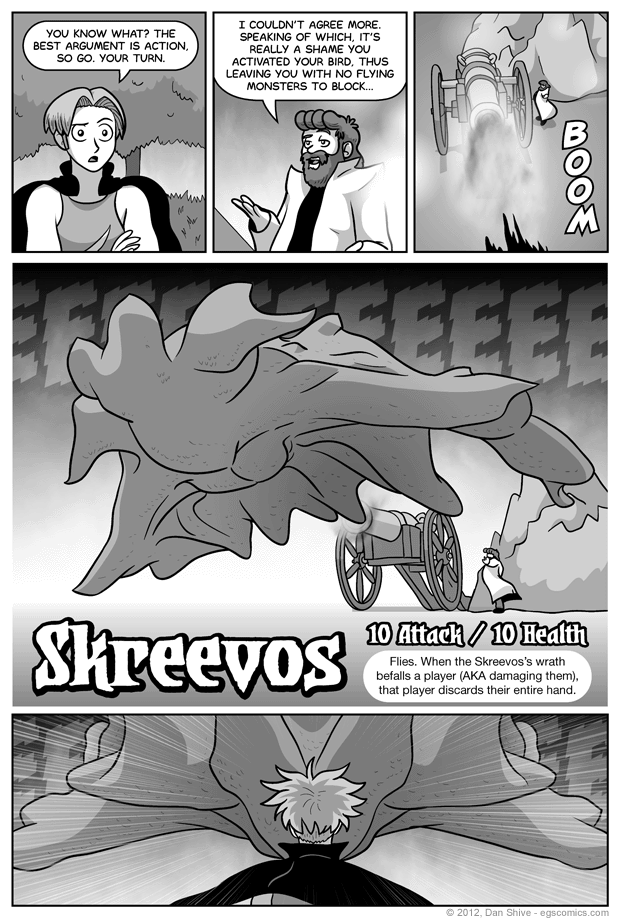 Anyway, the Skreevos is inspired by a group of cards that were alien and weird in nature, hence why it looks all alien and weird. It wound up making me think of Lavos from Chrono Trigger, which is why it wound up being called "Skreevos" and not "Amorphous Mass of Death" or something.

The irony is that this parody card is actually much less extreme than the reality. It wouldn't make Justin discard his hand, but the reality would be a 15/15 flying monstrosity that would automatically destroy six out of seven of the cards Justin's played just by attacking.

This isn't some scenario I just thought of when considering combos one could do with old cards, either. I've been on the receiving end of the real-life equivalent of this combo while playing in legacy tournaments. Decks with access to the full history of the game can just be nuts.