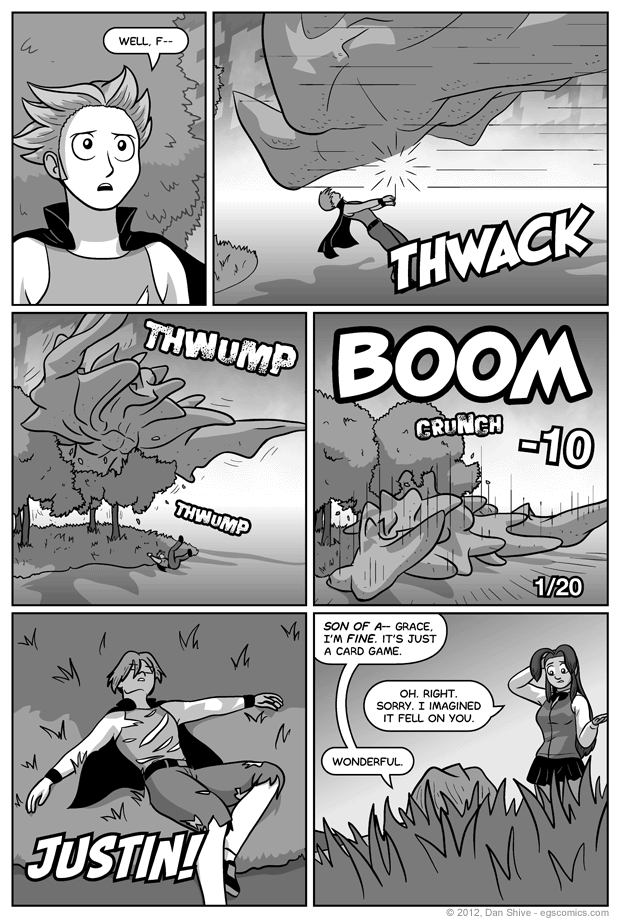 "Fudge". He was going to say "fudge". That's my story and I'm sticking to it.

Speaking of Justin dialogue, if Justin’s "son of a--" seems a bit harsh, keep in mind that, in reality, they're all sitting in chairs in a comic shop and Grace is right next to him. I know I'd be startled if I were in his shoes.

I'm not sure how Grace's imagination is determining Justin's battle damage. I know I'm just going by basic Dragonball Z rules of clothing damage. Well, loosely. If I was REALLY going by those, the cape would be weighted as part of Justin's training, and he would have dramatically removed it when it was time to get serious.