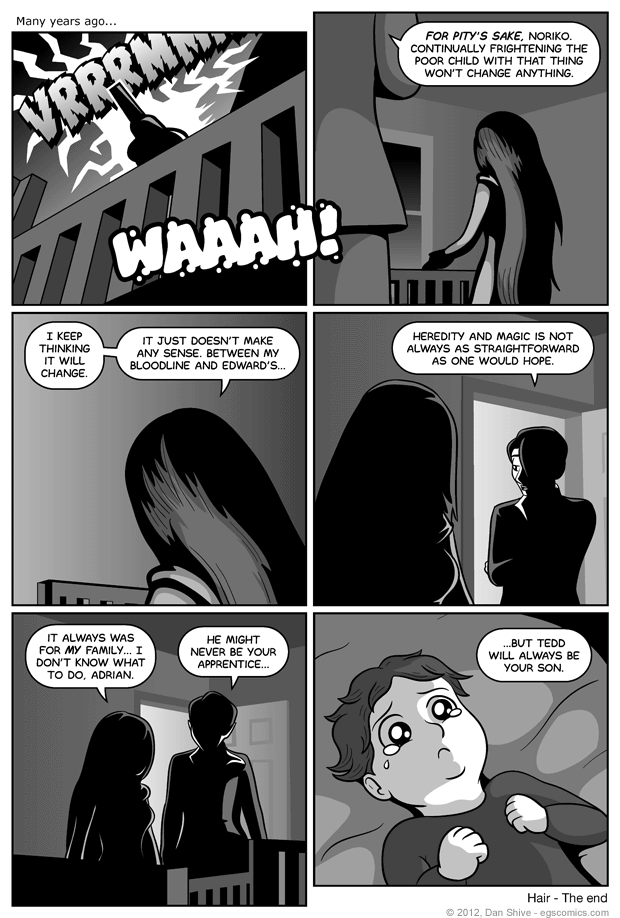 You know, I should probably have a lot to say about this comic, what with it being the first time Tedd's mom has had dialogue and stuff. Nonetheless, all I can think when I look at it is "somebody console that baby Tedd!"

And thus ends the Hair storyline. Instead of leaping head first into the next storyline next week, however, I'm plotting to have a week of newly drawn color sketchbook entries. My scheme is to work ahead on the next storyline, but it's easier to stay ahead with production than to get ahead in the first place, hence the sketchbook week.

The goal may very well be to give myself time to work ahead, but I'm plotting to have fun with these entries and make them sketchbook-eriffic! Even though they'll be in color and won't be sketches and are entirely digital and not in any sort of actual book intended for sketches. They will still qualify. Somehow.