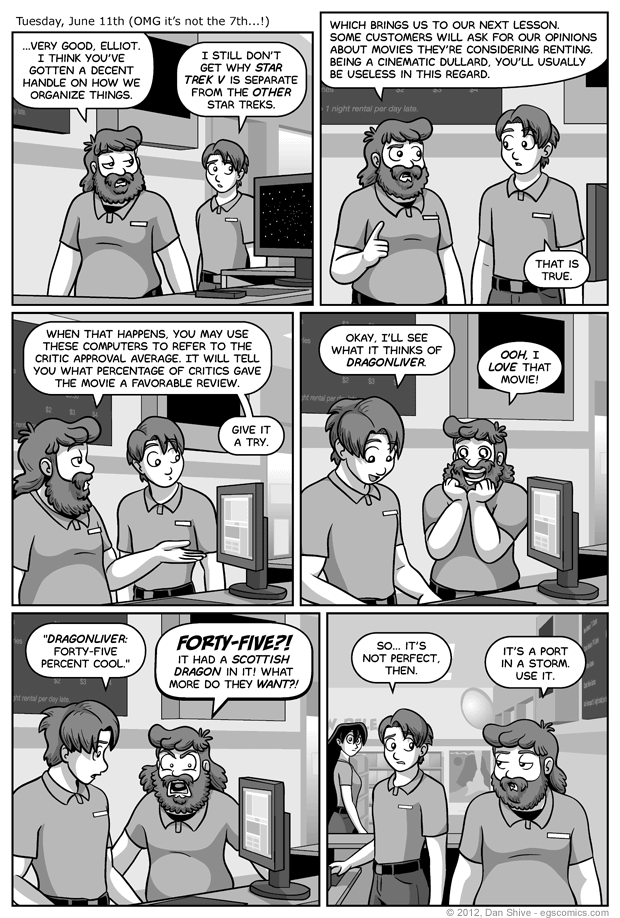 And the story resumes! Yay. We're back to a Mon-Tuesday, Thurs-Friday story comic schedule with sketchbooks on Wednesday. Huzzah.

One may have noticed an abrupt change to more summer appropriate uniforms. My personal author-canon (what I consider to be canon but hasn't been shown in the comic itself) is that this doesn't reflect a change in policy, but rather Susan threatening to seriously injure Tensaided if he didn't allow them to switch over to their summer style because darn it, it's summer.

Also in my author canon is that the TVs are off because it's early enough in the day that they're not bothering to have them on yet, and nothing to do with me trying to work ahead and the extra time it would have taken to make different mini-scenes for every panel the TVs are visible in.

Granted, I do want to have stuff on those TVs at some point. It's a video store. There has GOT to be some stupid thing on the telly distracting you while you're trying to figure out what you want to rent.