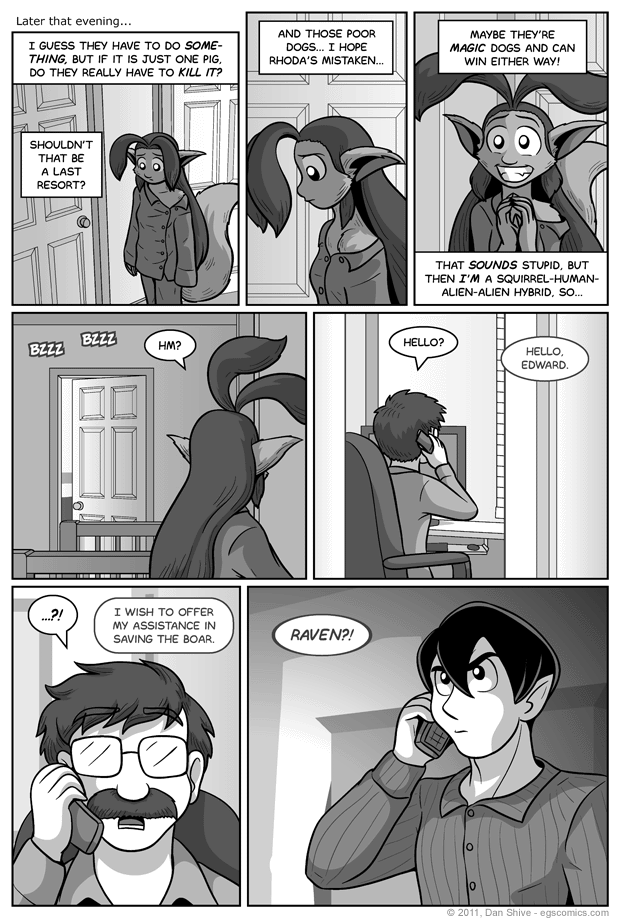 Everything is more dramatic in pajamas.

I think it would get really annoying very quickly if just one supernatural thing was absolutely confirmed beyond a shadow of a doubt, because that would suddenly be the ultimate counterpoint to any supernatural debate.

"There's no such thing as Big Foot."

"Yeah, that's what they said about specter zebras, and now they can vote as US citizens!"

Then again, if such things were confirmed, then additional knowledge could be gained, and we'd know enough to argue as to why such a thing would just be a reasonable exception.

"Yes, but the specter zebras all used to be cows before the airship zoo flew through that aquatic supernova over Seattle, which resulted in black holes forming in their udders that transformed them into specter zebras. Big Foot has nothing to do with that."

So, yeah, I guess I'm worrying over nothing... Wait, what was I talking about? Anyway, Raven's in this comic. Woot.