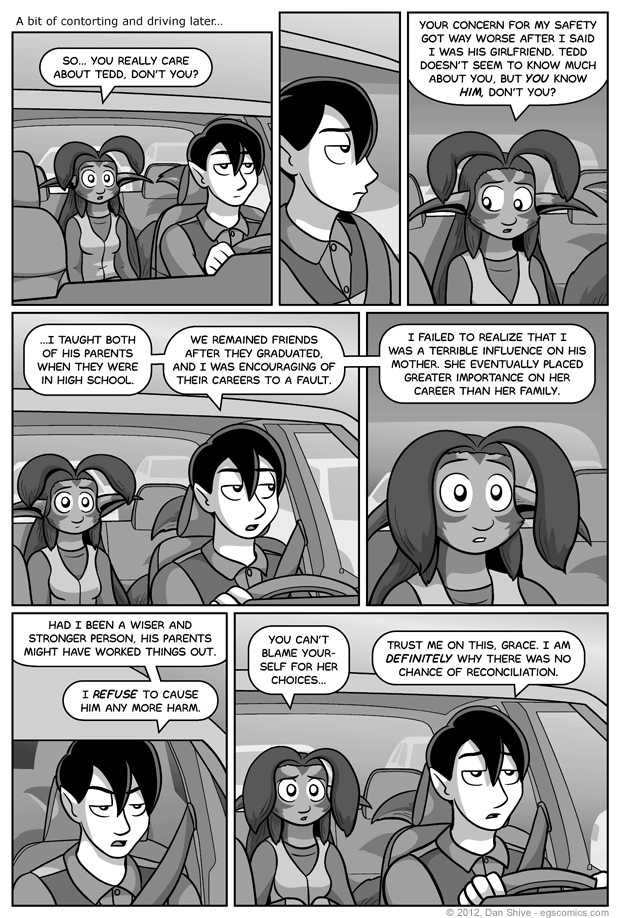 Clearly there is more to this backstory than Raven is sharing, but at least the clarity of his history with the Verres' family is becoming more clear.

This was an extremely tricky comic to write, because it was really easy to convey too little or too much information through the editing process. The script went from spilling too many beans to too few beans back to an overabundance of beans to no beans to the current amount of beans, which is... four? Four beans? Taught them in high school, remained friends after, encouraging to a fault, feels guilt... wait, that last bean's an old bean. And one could have deduced that he taught Tedd's mom after the reveal that he taught Nanase's mom, plus he mentioned teaching before, so... two and a half beans? I think that's the right number of beans.

Also, tomorrow is the ten year anniversary of El Goonish Shive. Since ten is a number divisible by five, I've got to act all excited about it and post some sort of self-congratulatory sketchbook entry tomorrow. YAY!