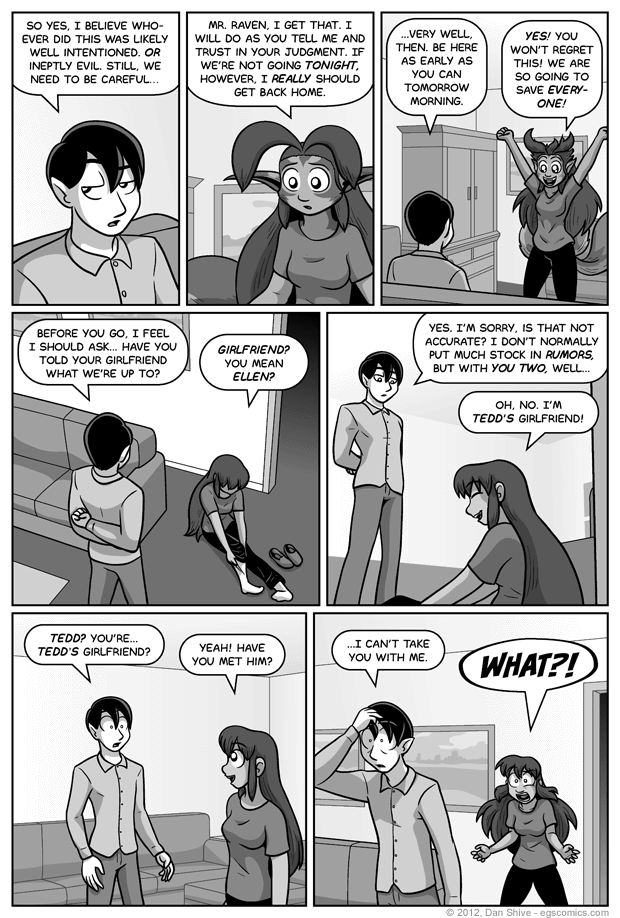 Wait, does leaning towards "good intentioned" over "ineptly evil" make Raven an optimist? This will not stand. The next comic will have him assuming the boar is merely toying with them and will attack Rhoda later on when she least expects it. Also that it can breath fire. And frost. Frost-fire.

I really like how Grace looks in panel three of this comic, both mid-transformation and landing. The word I want to use for her there is "spritely". There's just something about her ears, hair and expression. Of course, that's probably not the best word to use given that my spellcheck is apparently claiming it doesn't exist. Why must your squiggly red lines torment me so?