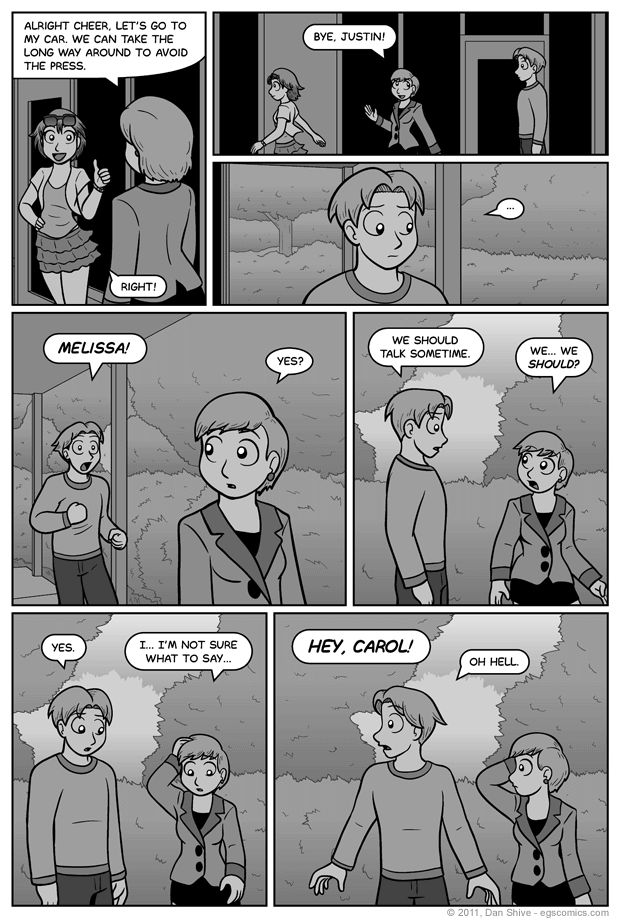 I asked for opinions regarding Party Elliot's outfit in the previous comic, and I got a lot of helpful responses. Thank you! Not everyone agrees, of course, but the majority of responses were positive, and the most common criticism was simply about the shoes and/or socks. I'm sure someone out there hates the outfit, but they've yet to bother e-mailing me about it.

One thing I found a bit perplexing, however, is that at least a few people assumed that the "exorbitant breadth" text from Elliot's spellbook was in reference to this party form, leading those same people to expect party Elliot to be more, um, generously endowed. I mostly find this perplexing because Elliot hadn't even found the secret identity forms in the book yet, and I had always intended that as a reference to the base superhero form.

I can understand assuming it was foreshadowing the party form, but I actually wanted to avoid giving Party Elliot a busty figure. I wanted her to look significantly different from other girly Elliot forms while still being sort of Elliot-ish, which is one of the reasons for her short hair. The hairstyle itself if actually loosely based on male Elliot's hair. It might not look much like that, but that was my starting point when making the design, and it evolved from there.