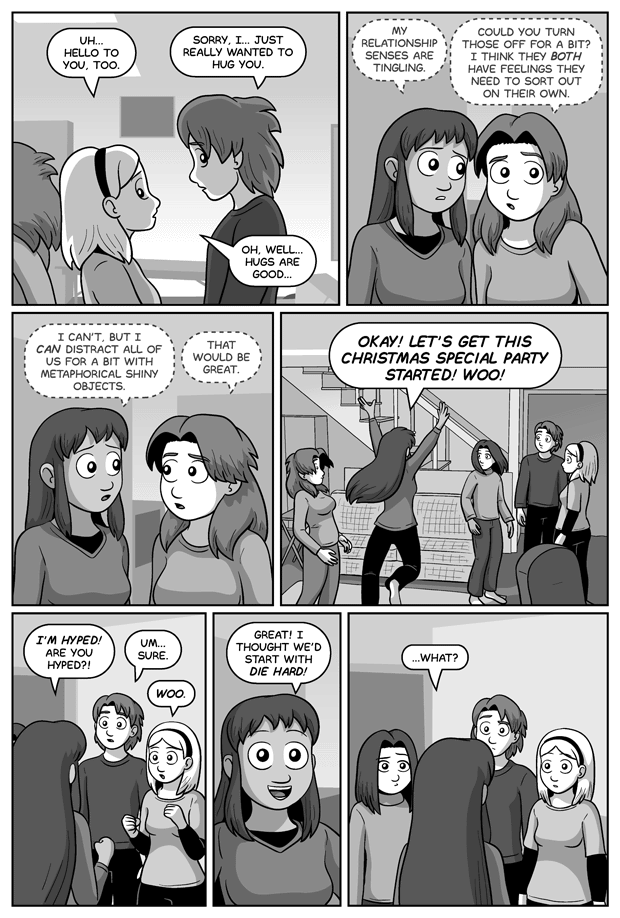 Posted March 20, 2013 at 1:00 am
- Do not try to hide your relationship feelings from Grace. The Grace knows
- You know, except when she doesn't, but she'd had a busy couple of days! And it was the first year of the comic. Tedd didn't even have a mouth most of the time.

This is the part of the commentary where I acknowledge the reality that not everyone on the planet has seen Die Hard.

The original Die Hard movie was released in 1988 and starred Bruce Willis. It's about a New York City police officer who is visiting family in LA at Christmas Time! It's also about that guy being trapped in an office building that's been taken over by a bunch of heavily armed bad guys and the violent results.

For anyone disappointed that Elliot isn't talking to Sarah about their relationship in this comic, it's worth noting that he's never been this confused before. Whatever conversation he'll wind up wanting to have with her, he's not ready for it yet.