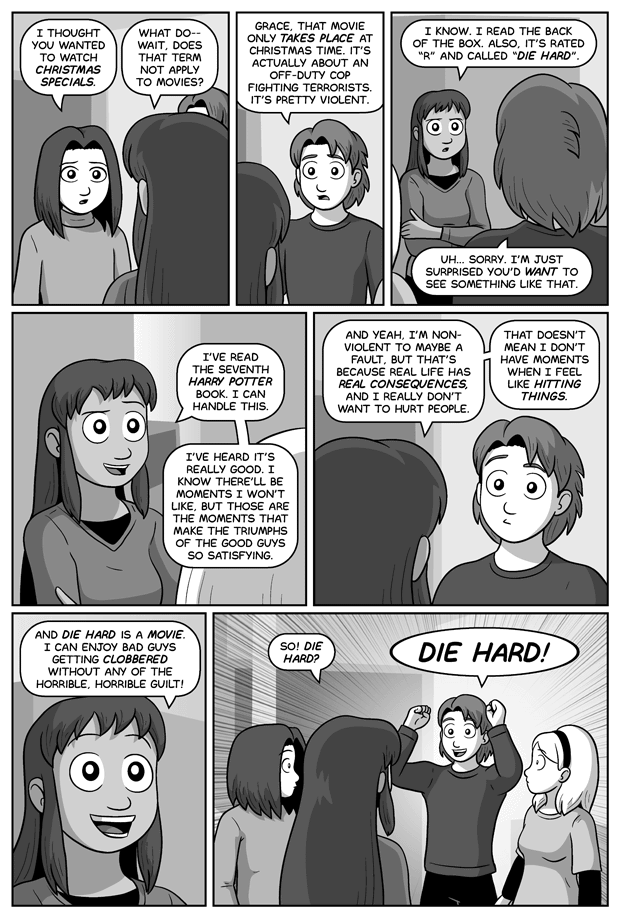 Posted March 21, 2013 at 1:00 am
- I guess she was happy with the Harry Potter book she got for her birthday
- Elliot and hitting stuff

She also kinda-sort witnessed severe violence in real life, but it's entirely possible that would have the opposite effect of desensitizing her to movie violence. That, and who can pass up a Harry Potter joke? No one, that's who. I guarantee she makes a "it's Snape" comment once Hans Gruber shows up.

I felt like I needed to watch Die Hard again prior to writing this comic, so I did. It's a really good action movie, particularly in terms of character and pacing. As such, I don't regret watching it again, but I really could have skipped doing so as far as writing this comic is concerned. Given the context, not much would have changed in this comic had I gone with any other good action movie with an "R" rating.

Of course, then we'd lose the Snape-Gruber connection, and that would be unacceptable.