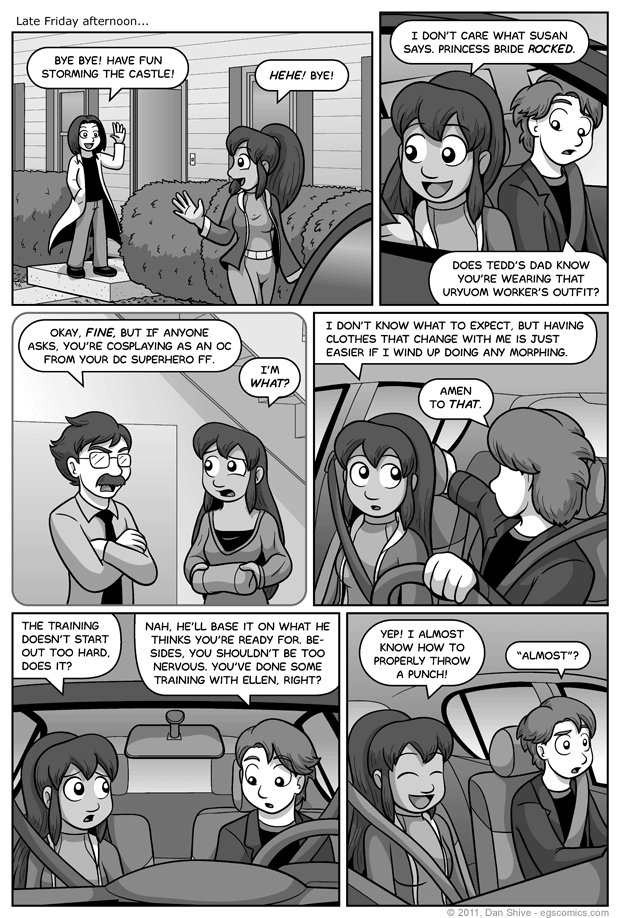 I might be alone on this, but I think describing The Princess Bride specifically as having "rocked" is highly amusing.

Mr Verres translated for non-geekdom: "Okay, fine, but if anyone asks, you're dressing up as an Original Character from your DC Comics superhero Fan Fiction."

I have never heard "Fan Fiction" referred to as "FF", but it wouldn't surprise me if there were people out there doing just that. Frankly, no acronym surprises me anymore. When I don't know what one is, I sigh and search the web so that I may be enlightened. Then I usually sigh again upon learning how unnecessary the acronym is.

Punching is more complicated than whipping out an arm with a balled up fist on the end. I mean, you can do that, and it'll probably hurt people, but there are proper ways to throw punches. What part of the fist you hit with, how you make the fist, your stance, the movement of the opposite arm, your hips, the follow through... it's not hard to do, but the concept of not knowing how to punch properly isn't as silly as some might think. If you take two people of equal strength and only one of them knows how to properly throw a punch, the one who knows is likely going to hit with a lot more force than the one who doesn't.

I couldn't help but think of Samus when sketching Grace in this comic.