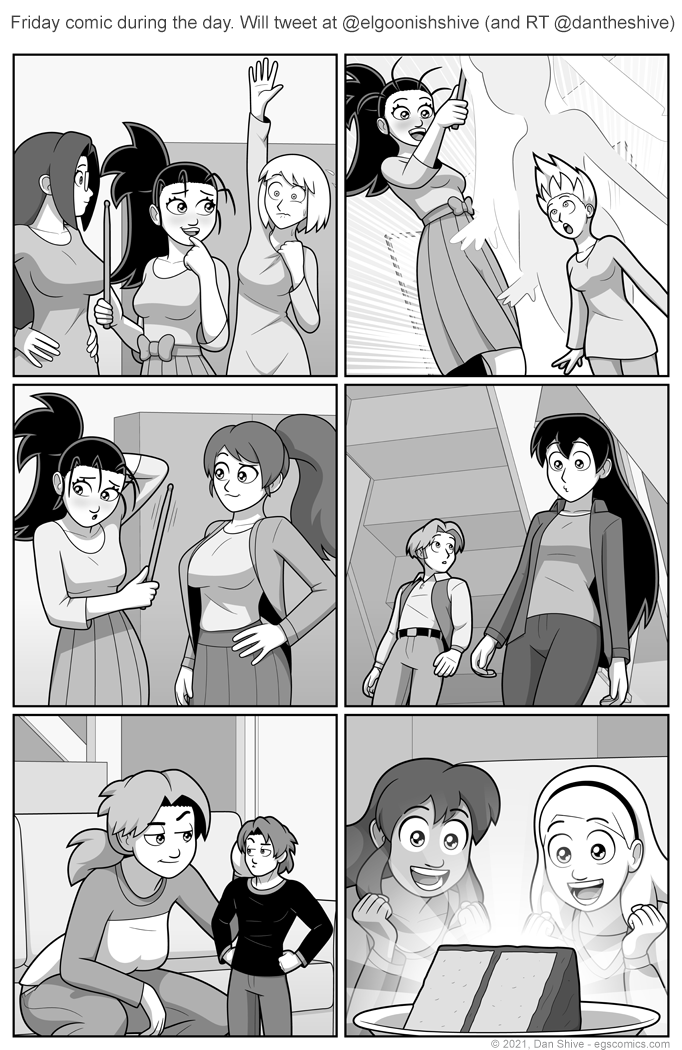 At first, I considered having various people wield the wand.

Then I was like "nah, this whole idea of this party was for Ashley, let her go on a shrink rampage."

I mean, a rampage in which she asks for volunteers and permission and such, but still.

And as much as I'd rather let the page speak for itself, I know some would appreciate the following, so...

Panel three - Ashley offers to shrink Nanase. Nanase notices Ashley seems slightly nervous about asking, and will never admit to being happy about it.

Panel four - Susan's back from changing, and WHOA! Tiny Justin!

I definitely cheated the apparent size of that piece of cake in the last panel. Like, the cake slices are definitely huge relative to normal cake slices, but cake slices aren't actually that big to begin with. Of course, they can look huge from a first person perspective, looking down at your plate, but then look at someone else holding a plate with their slice. Look how tiny that is relative to them!

Well, except for Steve's. Way to take half the cake, Steve.

Anyway, I wanted it to look huge, so... Trick of perspective. They're a little further away from that piece than one might initially assume.

But rest assured! It looks positively huge to them.