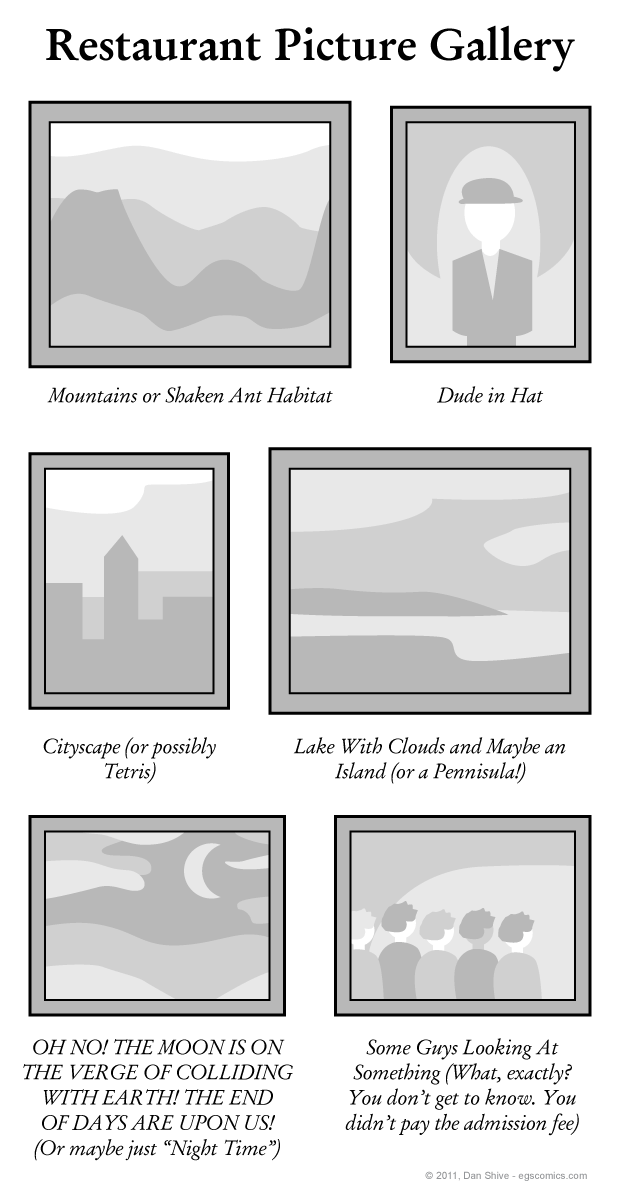 Posted August 31, 2011 at 1:00 am
These are all the fancy pictures found in the background of the restaurant of the current comic storyline, One Way Road. I know they're a bit low contrast, but they're background images. That's very intentional.

I mostly went with landscapes because they could be done quickly and, again, be low contrast. I wanted at least a few people in there. Dude in Hat is inspired by The Son of Man painting. Before anyone gives me credit for being all cultured and knowing the name of that painting, however, I had to look it up by doing a search for "man with apple".

Some Guys Looking At Something wasn't drawn with anything in mind, but it does vaguely remind me of the Gracie Films logo.

And before anyone says it, YES, I know there aren't triangles in Tetris. You've gotta admit, however, that would add quite a bit of additional challenge to that game.