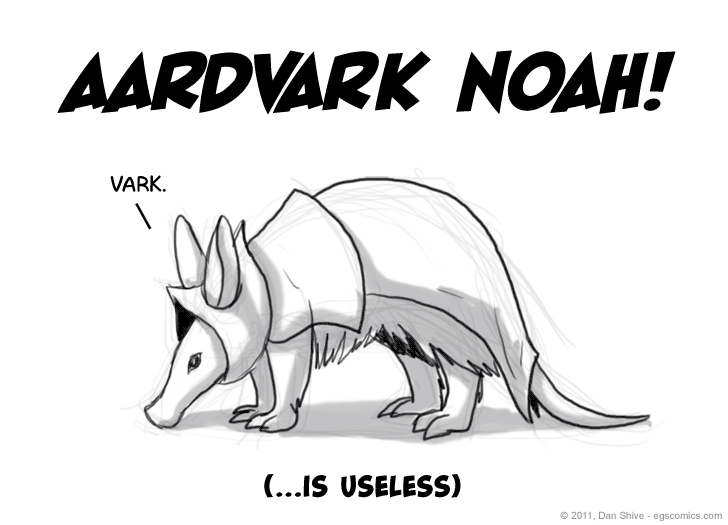 Okay, so Noah as an aardvark is pure madness, but at least this is scientifically accurate. Aardvarks wouldn't do very well against dragons, I doubt he could use tonfas, and they say "vark". At least, I assume that's the sound they make. If they don't, I'm going to be extremely disappointed.

Actually, looking back at that comic commentary, I said Aardvark Noah would be able to talk and use magic, so I guess he's just saying "vark"? That's probably not a good sign. The again, the magic would potentially make it possible that he might be able to do SOMETHING against a dragon, so maybe he wouldn't be useless. And hey, if anyone as an ant problem, he's your man! Aardvark. Whatever.