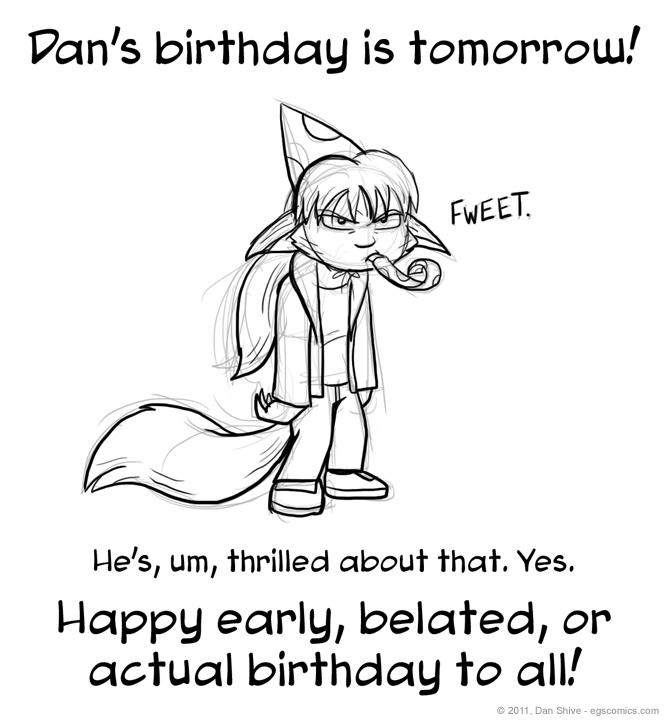 Posted February 17, 2011 at 1:00 am
I mentioned during the anniversary (sort of) comic's commentary that the comic's anniversary felt like a second birthday. It being earlier in the year, however, I suppose my actual birthday would be my second birthday. Once again, I have hurt my own brain.

On the plus side, it is a day during which no one will blame me for playing video games, and there'll be cake. Also, I plan to have buffalo wings and garlic bread for din-din, which is awesome. I might even have a non-diet Coke, because it's my birthday, darn it!

...Okay, so there are some perks, but I'm still weary of holidays.

That last sentence was totally a good way to end this commentary, but I have to say it: FALLOUT HAS INVADED MY BRAIN. Just the fact that this sketchbook involves a birthday reminded me of the opening of Fallout 3, and writing "perks" made me picture some sort of in-game "birthday cake" perk. I'm not sure what it would do. Maybe for every 365 in-game days, a cake would appear in your inventory? Worst. Perk. EVER.