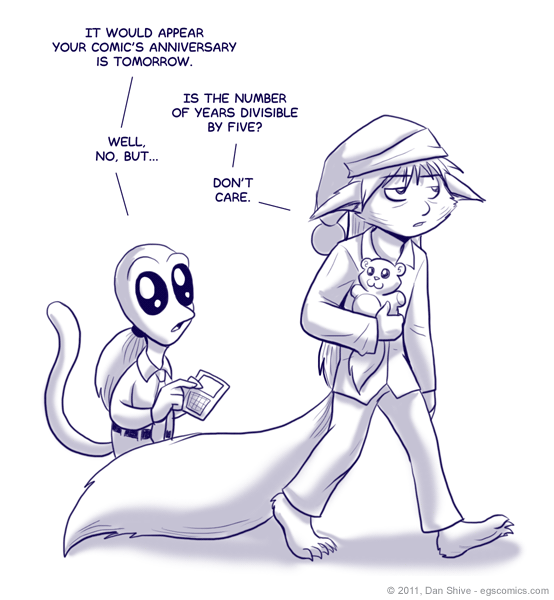 You know, I was concerned about not having a special anniversary image this year, but I apparently didn't do anything special for the 7th or 8th anniversaries, either.

Having a comic anniversary, in my opinion, feels like having a second birthday. It felt like a genuine accomplishment when the comic was younger, but now it mostly makes me feel older. I'm seriously considering getting a cake purely on the basis that, if it's going to feel like a birthday anyway, there may as well be cake.

As for what the festivities here will be for the actual anniversary, I'm planning to... UPDATE THE STORY COMIC AS SCHEDULED! And maybe mention something about feeling old in the commentary. Exciting, I know.