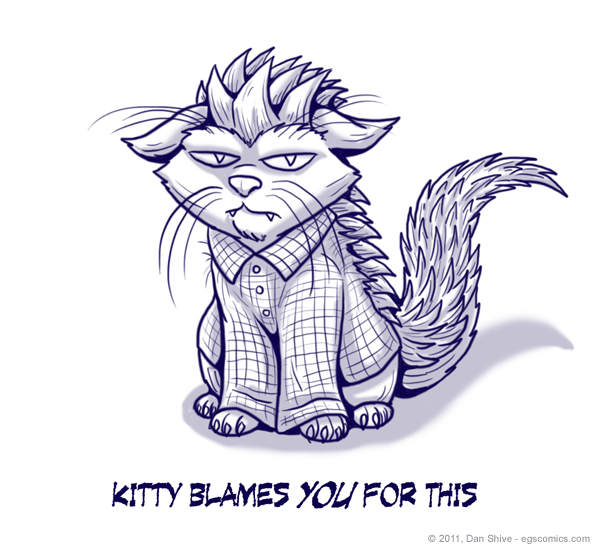 Posted January 18, 2011 at 1:00 am
I very politely asked people to tell me who they would like to see wearing pajamas. I didn't say it was for a sketchbook comic, but based on past such questions, I don't think I needed to.

It's worth noting that, unlike some previous such questions, this wasn't a vote. I viewed each suggestion as, well, a suggestion, and was going to go with whatever sounded best.

Nonetheless, a significant number of people said Jeremy. I don't know how many of those people were serious, but that just goes to show you that sarcasm on the internet is a deadly game with fuzzy consequences. It's been a while since we'd seen Jeremy and the idea of him in pajamas seemed amusing, so he won! Well, sort of. He doesn't look too thrilled to me.

And with that, I bid you goodnight.