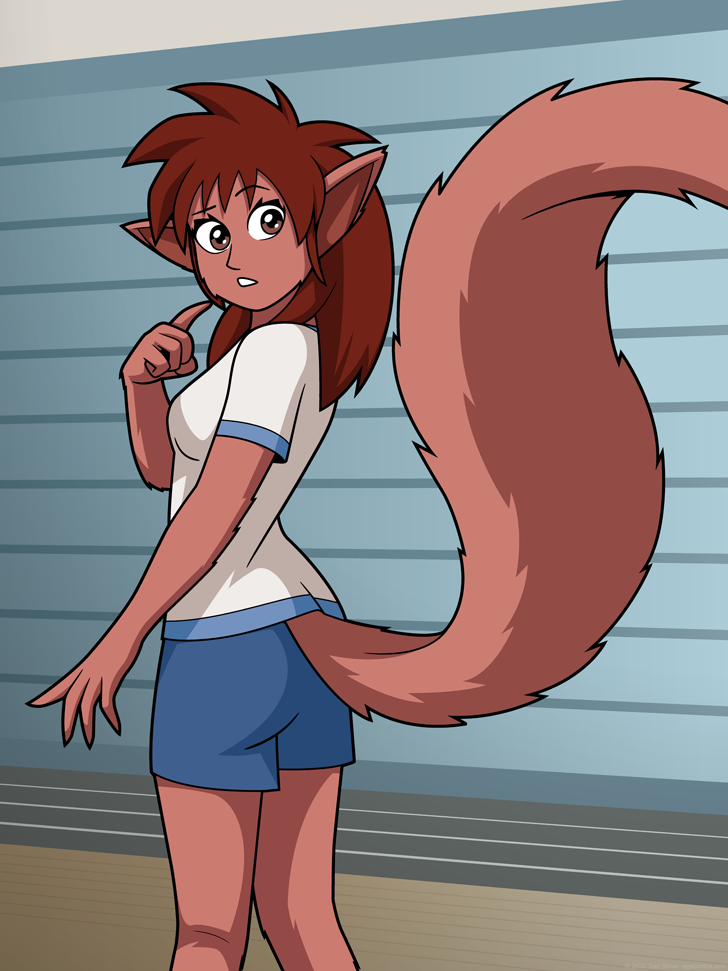 Since becoming friends with Grace, Camelia has started having recurring dreams about being... SOMETHING at school.

She wasn't exactly sure what. The tail immediately made her think of a squirrel, but very little else did. She had pronounced canines instead of exaggerated incisors, and her ears were strangely large for this to belong to a weresquirrel.

In any case, Camelia simply knew that the dreams were strange, and she wasn't actually aware of the correlation between her becoming friends with Grace, and her having the dreams.

Which was just as well, as it was unlikely to actually have anything to do with her maybe-squirrel dreams.

Grace got to know Camelia a little better in the Jestful Statement EGSNP storyline. In it, they mostly talk one day before gym.