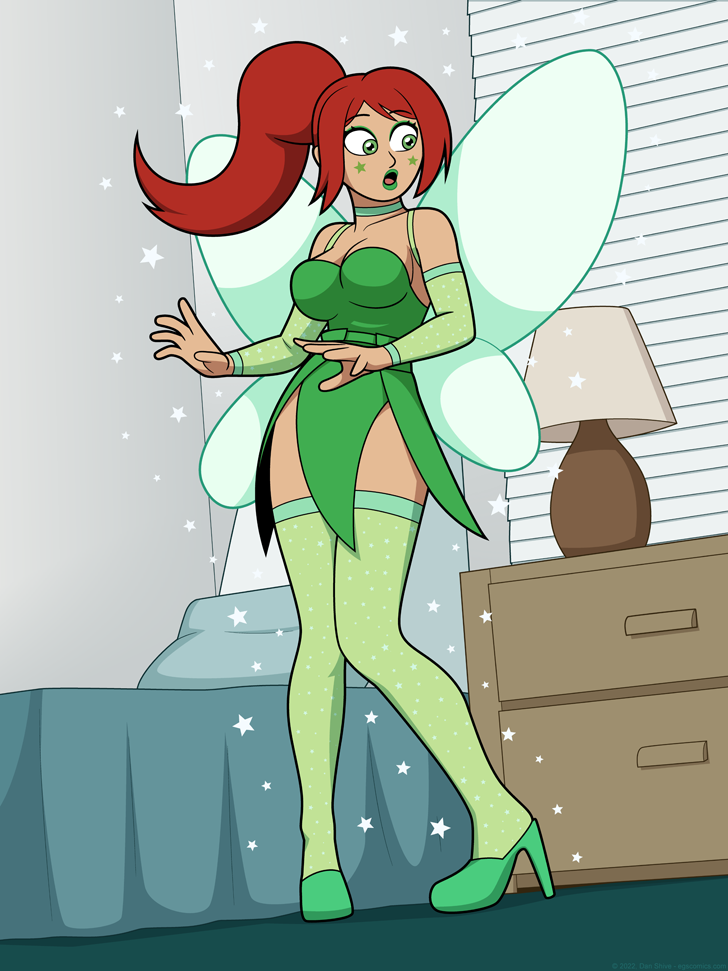 Not a Doll on Patreon

Nanase cursed the word choices of others.

Wanting to make sure her fairy doll spell still worked as expected, and in foul enough a mood to lack the patience to check her spell book, Nanase stood by her bed, closed her eyes, and cast the spell.

Even with her eyes shut, Nanase could tell she was being bathed in light. Had her eyes been open, she would have seen that it was her clothes that were glowing.

She guessed this quickly enough without looking, however, as she felt her clothes rapidly reshaping around her. It felt as though her clothes had simply divided into several small parts, and twirled around her before settling in new places and forms.

Nanase would have easily deduced that the light was intended to offer modesty during the change had she not been so distracted by a serious case of the "what is even happening".

Perhaps oddest of all was the feeling of her heels risings from the ground as some part of her outfit became high heels, though it had competition from everything else whooshing around her and reforming.

Light returned to normal, and her clothes seemed done changing. Nanase looked down, and then behind her. She was wearing what appeared to be a green fairy costume, and she was surrounded by small lights glittering in the air.

As the glittering lights faded, Nanase decided to check her closet's mirror, and to take some selfies, before experimenting further.

If capable of such a thing, her spell book would feel neglected.