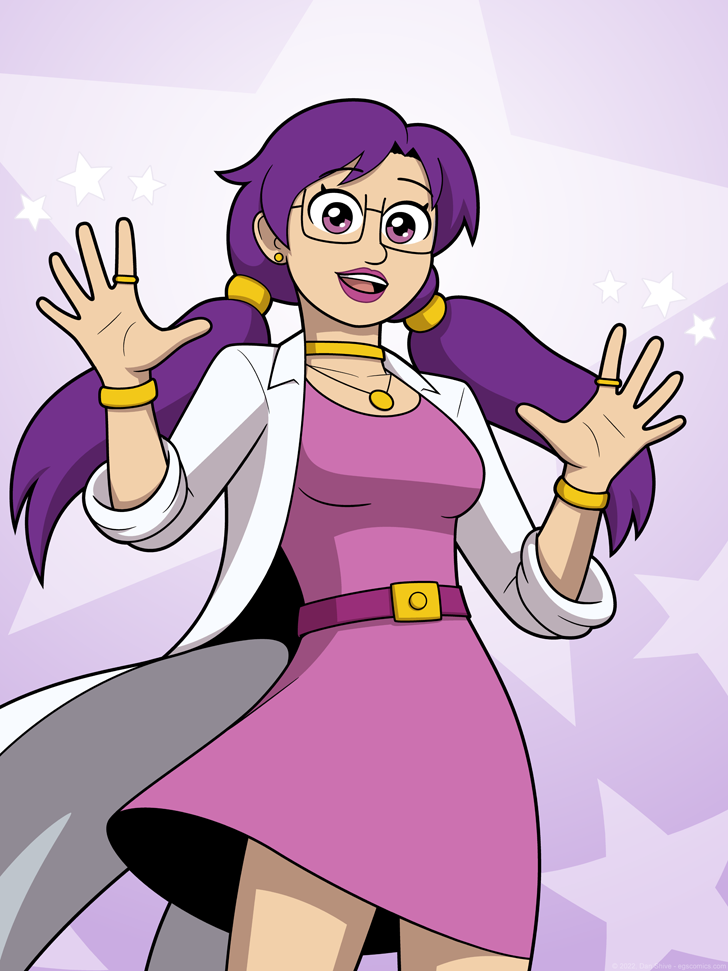 As a seer, Tedd relies on wands to cast the vast majority of their spells.

Wands need not be sticks, however. They can be clothing accessories, and even just clothing.

The limiting factor for such wands is that they can't store much, if any, power themselves. All the magic energy used needs to come from either ambient magic, or the caster themselves.

This is less of an issue for Tedd, however, as they have an absurd amount of power, and are wearing at LEAST eleven wands at the moment.

Which of them was responsible for making them as tall as Susan is unclear, but my money's on the belt. A belt that changes you when you hold down a button on the buckle would be a very Tedd-like thing to create.