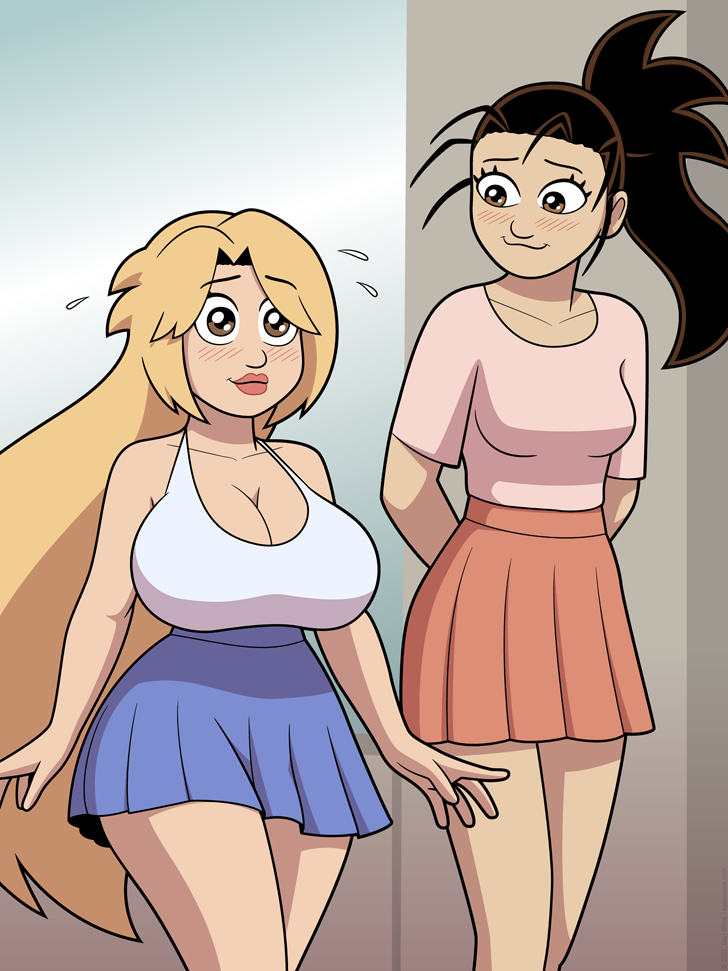 Elliot had recently learned he could come off as threatening without meaning to. This was a great shock to him, and only him.

This devastating news gave Elliot an impulse to assume "less-threatening" forms around other people. Given what forms Elliot had access to, this meant short feminine forms.

While at the mall with Ashley one day, Elliot decided to go even shorter than usual. He did this while hidden from view while Ashley stood guard some distance away.

Elliot didn't have a mirror, and it was only when he emerged that Ashley pointed out just how extra this version of the form was. Elliot looked down, and the resulting "eep" and movement from Elliot's surprise, and subsequent self-inspection, caught the attention of many onlookers.

With a substantial audience having seen Elliot like this, he couldn't make adjustments to this form without people noticing. The way he saw it, he either had to stick with it, or return to normal.

Elliot chose to stick with it, and wound up spending many hours at the mall in that form. It was a fun, very awkward day.